Mistakes made with your Lead Generation campaigns can be the difference between reaching your goals and being left in the dirt as your prospects flutter off and find solutions with other companies.

I've previously written about Lead Generation (and how it's different to Demand Generation) if you want to read that here, but I didn't necessarily go into detail about what you should - or rather shouldn't do - with the former.

So without further ado, I won't ramble on anymore about general bric-a-brac or how my weekend was or anything. Boring, if you're asking.

Failing to prioritise your ultimate outcome

You need to make sure that your ultimate outcome is always at the forefront of your mind when using Lead Generation. This will help you stay on track and focus your efforts where it matters.

How can I achieve this specific goal with the fewest possible steps? How can I make it easier for prospects?

That’s the question you need to ask yourself. If your goal is having people sign up for a demo, think about the types of campaign and channels that are most likely to result in requests for demo.

For example, 'book a demo' button on ads and emails makes the goal clear to prospects, while focused landing pages reinforce the message. 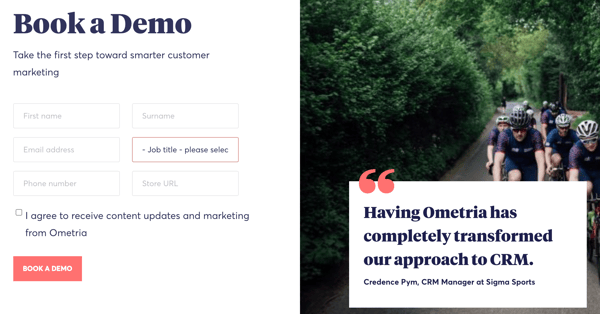 Focusing on the wrong metrics

Metrics are there to help you reach your ultimate goal, and should allow you to assess the performance of different marketing channels, and inform future efforts. . Metrics are not the ultimate goal though and it’s important to remember that.

While top of funnel metrics such as web traffic numbers and social impressions can be useful, it's more important to focus on metrics that relate to the success or failure of the campaign, those that will help you to identify areas for improvement.

For example, looking at metrics such as cost per lead, or performance by channel can help you to focus your future spending where it will have the biggest impact.

Allowing complications in the conversion process

People hate waiting for anything. Everyone knows that and everyone empathises with it. This means that if anyone has an issue with your site during the conversion process (whether it’s too slow or there are too many pop-ups or literally anything else), they could withdraw their potential custom altogether.

Make sure your lead conversion process is frictionless and that CTAs are easy to find, your landing page isn’t too busy, there’s consistent messaging and all sorts of good stuff. 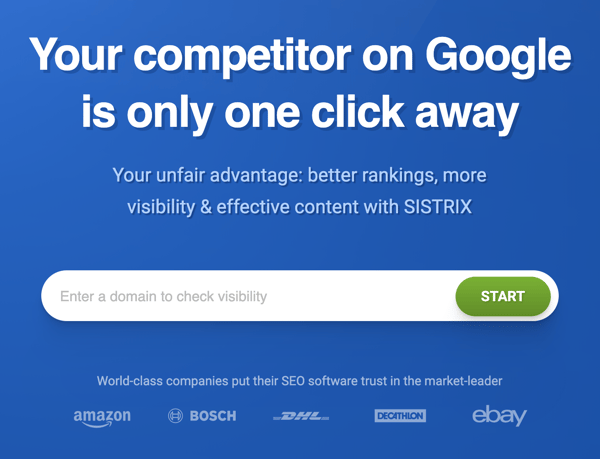 Just as people hate waiting, they also hate being rushed. Yeah it doesn’t make a lot of sense but even though we all hate being made to wait, you’re going to have to do a bit of that and not rush anyone or anything and, in general, not expect anything big too soon.

Make sure your conversion process isn’t rushed and you’re able to nurture prospects until they more or less organically convert themselves; perhaps through automation.

Having just one conversion point

Your prospects are unique and need to be treated as such. Even though you may have one specific idea for your prospects outlined, it’s worth knowing that there can be anomalies or even just secondary/different groups of people interested.

Because of that, and because everyone is unique, it’s worth having more than one conversion point for different potential clients to follow. You need different methods to make sure that you’re not necessarily casting a wide net, but being all-encompassing with people already interested.

Consistent messaging helps to guide prospects through the conversion process, and ensures your message is clear and easy to understand.

Design can also help to ensure a smooth transition between channels, from email to landing page for example.

Going on about yourself too much

You don’t want to lose your prospects’ attention and interest by going on about your own company too much. If you spend the entirety of your messaging waxing lyrical about how brilliant everything you offer is, then you will lose the connection you’d previously made – or were able to make – with potential sales.

Instead, you should focus your messaging on a client’s problems or desires and make it known subtly, albeit clearly, that these can be fixed or met via your services.

Focus on pain points as pain is the main reason a prospect will take action on anything and seek the solutions you can offer. They want to know how you can help them, not how great you are.