As I'm writing this, I'm waiting for a white turtleneck to be delivered, right to my door, by Amazon. I know right - living life in the fast lane.

The turtleneck is because I'm a writer, and use of Amazon is because of, well, convenience.

And with the pandemic, I can't exactly waltz down to the local London vintage-shop-café-record-store-taxidermist-wholefoods and pick up my writer's uniform.

So it's with this convenience that Amazon has unseated shopping Walmart to become the top apparel retailer in the U.S today. 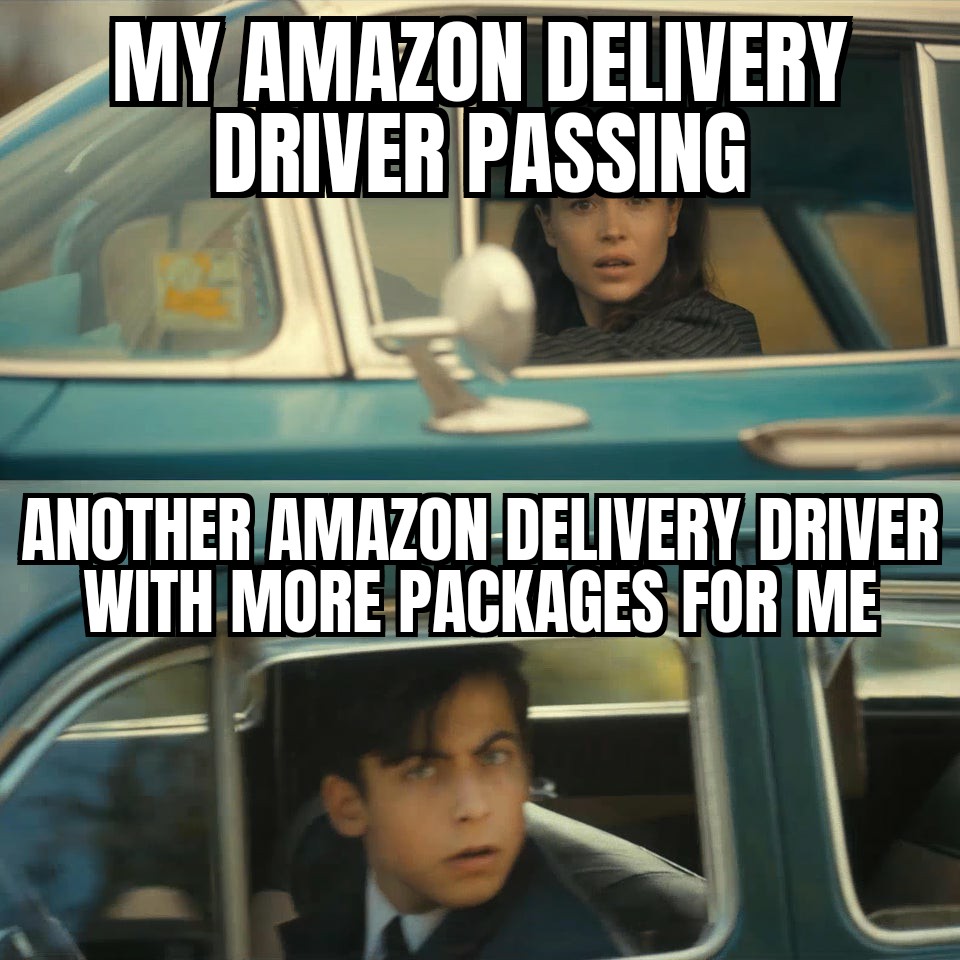 Amazon now claims a 30% to 35% share of the online apparel and footwear market, Wells Fargo said in a report on Monday.

They continued: "Amazon now claims a 30% to 35% share of the online apparel and footwear market, Wells Fargo said. “To put this in perspective, Amazon sold almost 7x as much apparel/footwear as the second largest player online”, this being Macy's.

Amazon being a shopfront store, can offer a consumer cheap imports with a friendly easy-to-use UI and brand recognition, as compared to a store like Macy's, who may only change styles once every season.

Though Amazon doesn't just offer a range of basics, as was their M.O in the early days. It has since expanded it's line to feature luxury and name brands, through launching a number of Luxury stores. Though these remain stagnant, it shows a willingness to innovate and adapt, in a way a brick-and-mortar store like Walmart cannot. Amazon also launched both a fashion show, and connected store selling designs featured, with all the pieces often being sold out within minutes. So if you want to wear a floor length cape or whatever, go straight there.

“Luxury fashion is the last big category for Amazon,” said Laura Meyer, founder and CEO of Envision Horizons, an Amazon strategy firm. “But in many ways, it requires an approach that is anathema to how Amazon usually does things.”

Amazon is yet to snag a really high-profile, ultra-luxury brand. But with other brands pulling out of deals with Amazon, is a trend likely to emerge?

in 2019, Nike announced it would no longer sell shoes and clothes directly to Amazon, a move also adopted by Birkenstock and PopSockets. Okay, not so much luxury brands, but brands with influence. Amazons poor public image, of aggressive pricing tactics to counterfeits, does seem to hurt it's relationship with other brands. Image is a lifeline to clothing and lifestyle brands, who often want to be perceived as fair and ethical. Amazon seemingly can taint this image.

Walmart VS Amazon: Walmart strikes back 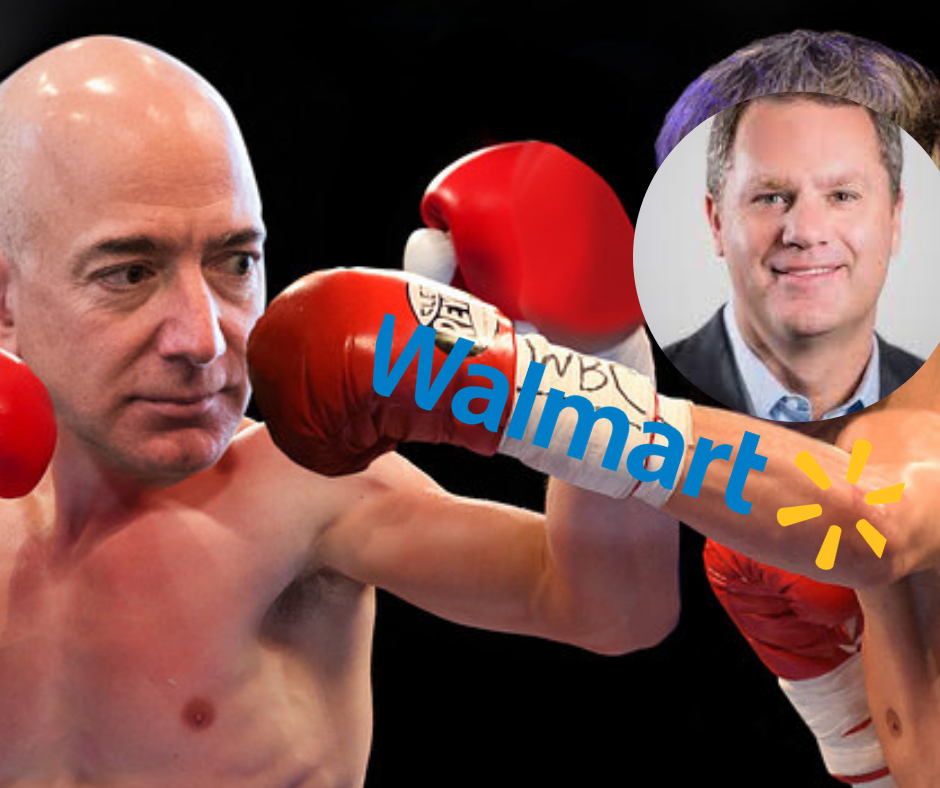 Thanks to some leaked documents, we now know that Walmart plans to take on Amazon. They also call to attention that Walmart is trailing the Ecommerce giant, in meeting online customer expectations. Customers are more likely, 25% more likely to be precise, to shop for immediate needs and essentials on Amazon over Walmart.

So, Walmart is having to innovate. Amazon took less than half the time to reach $100 billion in annual revenue than Walmart did - 21 years vs 45.

Time it took to reach $100 billion in annual revenue:

It has since dropped the $35 delivery minimum that used to be mandatory for 2-hour delivery, and has introduced a simple return service. Walmart is also going mad for the tech approach. Specifically to improve and increase order fulfilment processes, using bots. If Wall-e tells me to buy stuff, I'll do it.

Walmart VS Amazon: Return of the Bezos 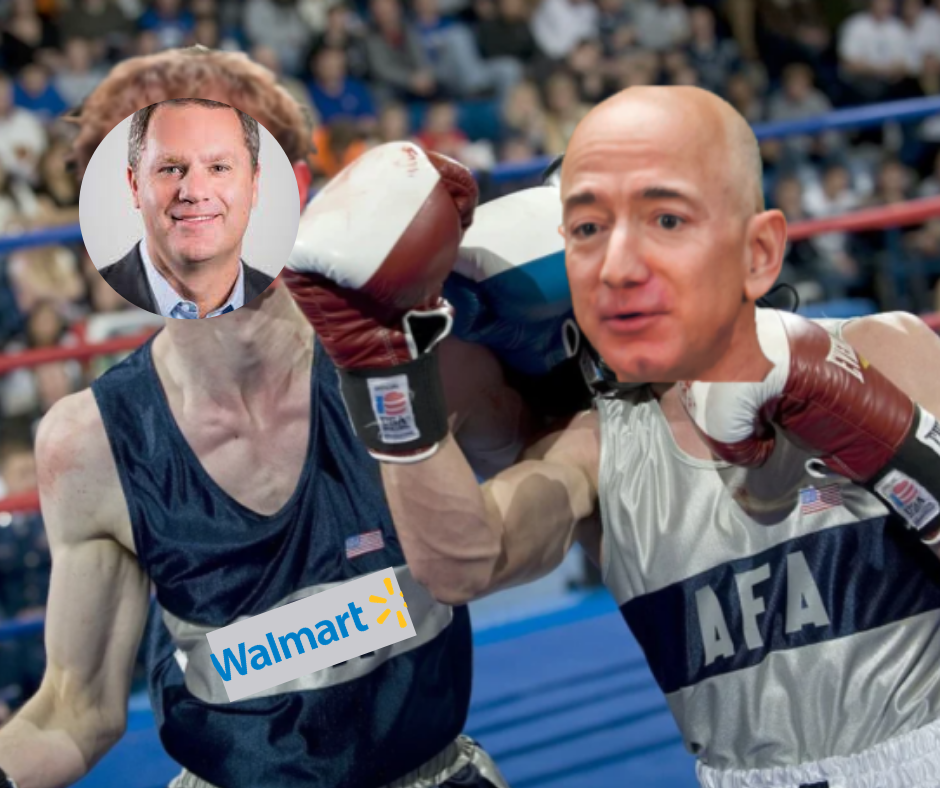 But once again, Amazon is ahead of the curve.

Amazon Fresh has been the companies first step into tech-driven grocery shopping. Most notably has been the "Just Walk Out" tech, which requires no cashiers. So, no awkward convos with an underpaid teenager when you're shopping for a Twix at half 12 at night.

"If the technology can successfully be scaled, it could create widespread cashier-less grocery shopping, which would revolutionize the experience." says CMO, and futurist, Blake Morgan. 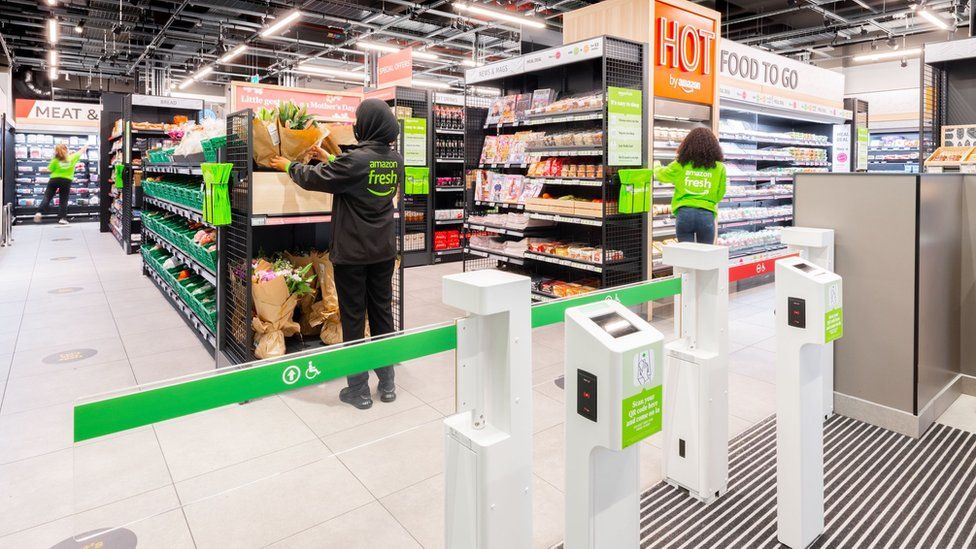 She continues: "Amazon has already proven it can influence its competitors. When it first announced Amazon Fresh in 2019, rivals like Walmart and Target hurried to add more pickup and delivery options to compete. If the same holds true, Amazon could force other chains to speed up the development of their technology initiatives and store updates."

So, the experience of shopping may become even more important than the product itself. From digital experiences, to tech-based novelty, to hyper convenience, Amazon is offering the most effective innovations in CX. Still don't really trust ordering a bunch of eggs and cheese from Amazon though. Maybe I'm just a traditionalist.

If that's not enough CX and Ecommerce for you, check out our sessions at the upcoming #MarTechFest Dial Up. The information there is as shiny and full-rounded as Jeff Bezos' loaf.