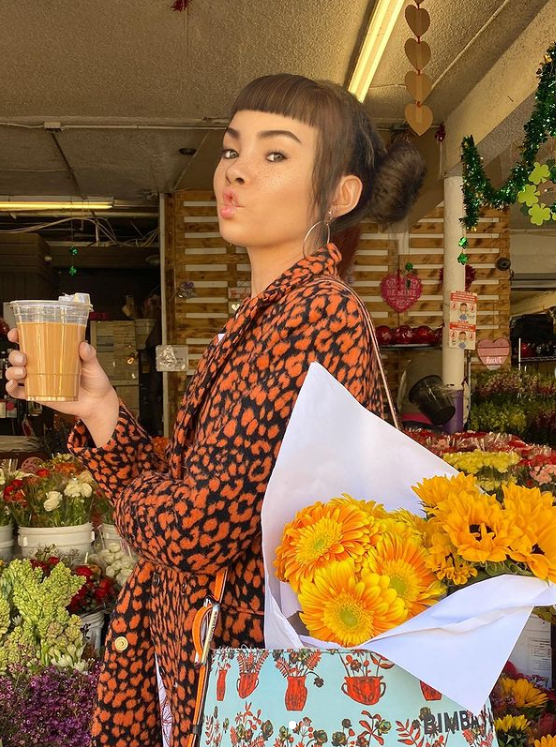 Oh yeah, and she's a robot. But boy, she won't let something small like that get in her way.

Described on her Instagram as a "musician, change-seeker, and robot with the drip", Miquela has been a point of fascination for the sphere of influencer marketing. In an industry that thrives on fake authenticity, she is unapologetically NOT real.

This hasn't stopped the brand collaborations though. Along with fellow CGInfluencers Blawko and Bermuda, she has taken part in every required influencer behaviour - from blogs, to sponsored posts, to appearing in a Calvin Klein commercial with Bella Hadid.

So, the influence they have is very much real, even if they aren't.

But what makes them so appealing? From a marketer's perspective that is. As a consumer, I would buy anything a robot would tell me to; mostly from mortal fear.

“I think eliminating the human errors of a partnership is a big, big aspect of it,” says Jamie Love, the CEO and founder of Monumental Marketing.

“On average my company runs five influencer campaigns every month. And there are always issues with dropouts, using the correct hashtag or posting at the right time.”

But is it just the buzz, the novelty, of a robot telling an audience to eat more KFC? Or is there something real behind it? In a market oversaturated with perfection - but with human limits - could the odd and weird actually be a bit necessary?

In fact, a Fullscreen Survey found that over half of 13-34 year olds would make a purchase from a brand advertised by a CGI influencer they were following.

Influencers tend to be the most effective in the fields of beauty, travel, and fashion - all things that can be photoshopped, crafted, and CGI-ed to fit an avatar, with the only limit being how far and how odd the digital artist is willing to go.

But it's not just as clear cut as having something to gawk at. Fullscreen's report clearly showed that people don't just see these avatars as pictures on the screen, but as people. Aspirational people.

The survey reported that almost 40% of Generation Z are curious about the CGI influencer's personal story, and more than a third think that they can relate to the avatar, due to shared interests. So people are buying what these influencers are selling.

One flaw that comes with influencer marketing is that you're dealing with some who is, at least behind the scenes, completely human. That means they are only marketable, and profitable, as long as they maintain a curated image. The thing is, that curated image doesn't always remain popular or trending. And even worse - people age.

Mikayla's bff, or best friend forever (and ever and ever), recently had a literal face lift curtesy of Brud, the company that runs all three of the trios accounts. Bermuda was created to be a bleach-blonde Trump supporter who wanted to reveal Miquela as a robot.  Not being the most uh, sympathetic character, she was rebranded, re-faced, and now the two are a couple of strange bedfellows. CGInfluencers are seemingly un-cancellable.

So unlike their human counterparts, who's own lives are crafted and sculpted for the most part, it'll never be too much, too exhausting, like it would be for the average person. And with the posts about breakups, and feuds, there's no emotional repercussions, no going offline for 3 weeks.

Every emotional storyline doesn't come with that sense of guilt for gawking at misfortunes - the audience knows they're fake, and with that comes a little bit of ironic fascination, of being able to appreciate only the aesthetic and visual part of this "person's" life, without having to deal with the messy tweets or breakdown livestream.

Arwa Mahdawi, described the marketing strategy in the Guardian as “late-capitalist hell” and “a terrifying glimpse of the future.” The robots are taking our jobs, and they're all jobs that didn't exist 25 years ago. Wild.

So, what's the difference between a CGI influencer and, say, a pop up ad advertising local singles in your area? Well, for one, you know the singles aren't real. So it seems that, recently at least, the robots under Brud's care make an effort to clearly state they are fake. Though, the self awareness often makes them feel more...real? It is a big mess.

All over the world, “authenticity” is touted as the main reason people trust, and ultimately buy from, influencers. So it's possible that the strange 'openness' of the robots, the idea that they have nothing seedy to hide behind their images, may be a strange pull.

Instead of the kind of freelance moral philosophy myself and other tech journalists attempt to place on top of these ethical minefields, some people are attempting to put laws in place to avoid consumer deception. I promise you though, those trainers are NOT going to turn you into a pore-less, immortal Gen-z model.

“If it is a fictional character that a consumer doesn’t know if it’s real, then to a large extent that is not actually a person. That’s just an extended brand. So I think what we would have to worry about is should there be transparency that would be needed about the interaction with that brand,” says attorney David Polgar, a Tech Ethicist & Digital Citizenship Expert.

Not only that, but it removes any messy human-ness. It's a straight transaction between brand and consumer. Not only this, but consumers who HATE influencer marketing may even see it as satire. And those who love it, will love the smooth skin, luxury lifestyles, and endless energy of a robot celebrity.

I always thought they went too far with those CGI meerkats for Compare the Market. Never knew if they were real or not. Guess it's better not to know.

If that's not enough about unfathomable martech trends for you, then check out our upcoming #MarTechFest Dialup sessions on trends and CX! I promise the host will be 100% real.