Four Emerging Technologies From the Gartner Radar for 2021

Gartner recently released the Emerging Technologies and Trends Impact Radar for 2021, which looked at 23 new technologies that are predicted to take over marketing technology over the next ten or so years.

In the Trends and Impact Radar, Gartner ranks certain technologies on how impactful they are or are likely to be, and how long they will take to become mainstream. 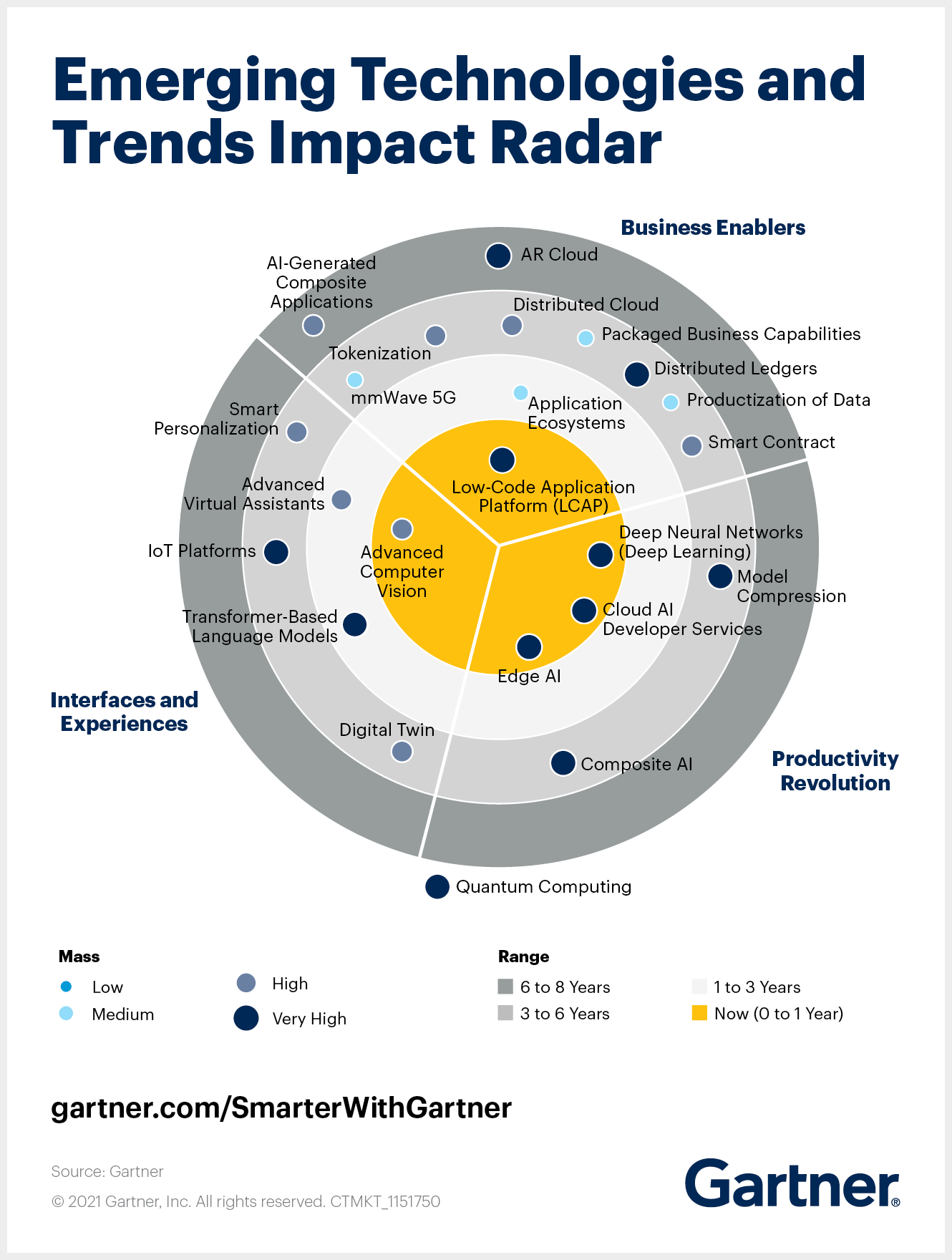 These all range from the very impactful Low Code Application Platforms that are being adopted by many businesses and proving their value, to the very well-named Quantum Computing, something that Gartner says will take more than eight years to kick off.

Below, in no particular order, I'll list a few of the more impactful and interesting technologies that Gartner are telling us to expect in the near future.

More or less a sub-genre of machine learning, Deep Learning is a neural network with a few more layers to it.

It attempts to simulate the behaviour of a real human brain (although not to the processing power extent) in order to be able to "learn" from exorbitant amounts of data.

Deep Learning is very often the backbone of many AI-powered applications, improving automation and problem-solving without the need for human intervention.

Credit card fraud-detection, digital assistants and more already use Deep Learning, and it is also showing up in the more futuristic and less openly-available self-driving car market.

AR cloud aims to unify the digital and physical worlds in a way that no other technology does. It does this by delivering consistent and persistent, collaborative digital content which is tied in to every aspect of people and their surroundings, whether they be objects or locations.

This also brands to provide these people with information and services directly relevant to what's around them.

For example, someone could walk past a fast-food restaurant and, through their phone, tablet or head-mounted display (HMD), have a menu, special deals, seating space or anything else pop up as they're "looking at" said restaurant. Very much like something out of Minority Report.

Depending on how you feel about potentially invasive and annoying marketing, you may be happy or sad to learn that Gartner predicts the AR Cloud will take anywhere between six and eight years to be a viable and popular technology for people and businesses.

Another one that isn't too far away at all, Transformer-based Language Models also involve Deep-Learning, to a degree.

The intention for Transformer-based Language Models is to process words as sequences in the context of a sentence. Used in the likes of language translation, this is better than your standard translator app as it preserves the context and meaning of a sentence, by analysing a word's surrounding words.

These work on huge networks of databases, containing an almost-endless list of sentences and phrases, which means that they can provide wonderfully accurate language translation, transcription, and natural language generation.

Transformer-based Language Models are nothing but useful, and Gartner predict that they'll take between one and three years to be more prevalent.

Very broadly speaking, the Internet of Things is the whole host of real-life physical objects that are all connected to each other through the internet, from your smartphone, to you dog's fitness collar, to your fridge that you can for some reason tweet from. 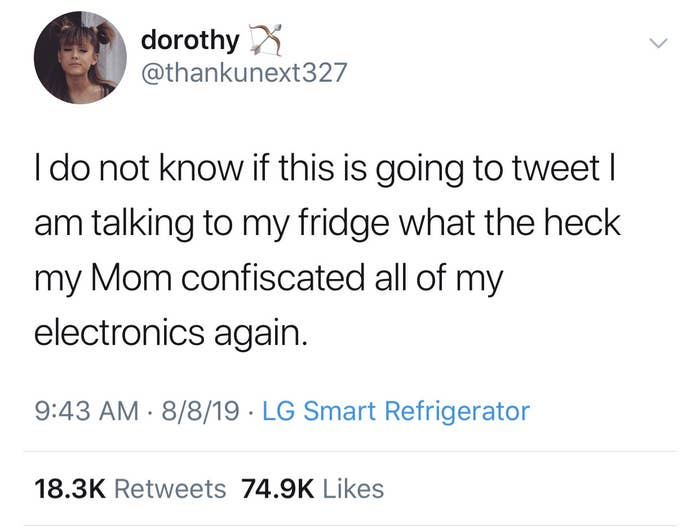 IoT Platforms, however, are slightly more sophisticated and businessy though, as they're used by companies to access data from and generally speaking, better manage physical assets that are relevant and important to said company.

The IoT Platform is an on-premises software solution that monitors and manages a whole host of various types of endpoints, and they often include the the likes of Web-scale infrastructure capabilities so they can support and help in basic and advanced digital business operations.

Gartner believes that IoT Platforms will take as long as three to six years to get a real hold on the market, which is plenty of time to sort out your filing.

Again, there are 23 new solutions that Gartner predict will take the market by storm over the next eight-or-so years, and I only mentioned four. It's worth you checking out the Impact Radar when you get a minute, because things are set to change a lot.