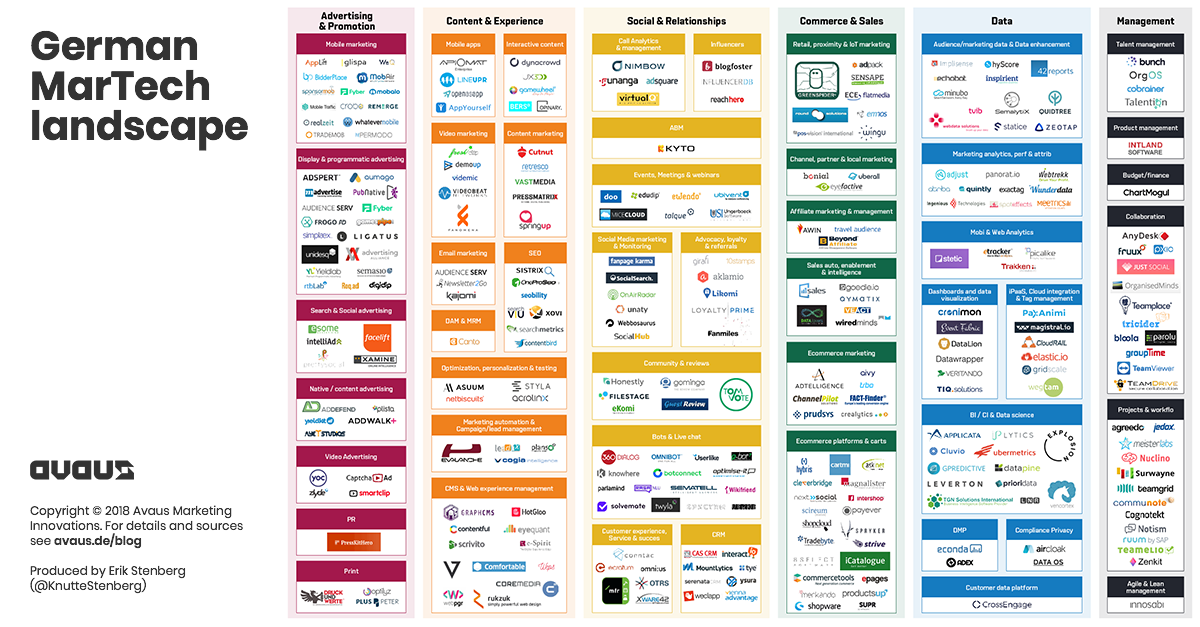 Speaking from the experience of pulling together the UK version – this undertaking can be a real bitch. So we tip our hat to our Nordic neighbours who have dashed out a ~second~ analysis like it’s NBD and further proving that martech truly is Olympic in nature.

This latest iteration follows on from the Finnish version, Canadian, Chinese, a Blockchain specific version and of course our very own UK version.

So what are the top line digits? 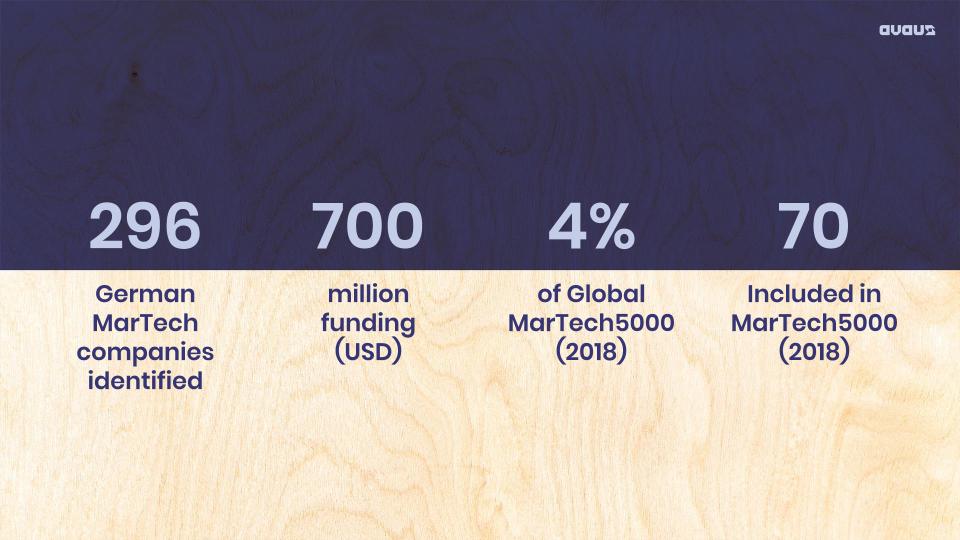 Speaking with the man who spearheaded the analysis at Avaus Marketing Innovations, Erik Stenberg Senior Consultant & Head of B2B DACH had this to say about the German martech landscape;

Germany is the powerhouse of the eurozone, and as such it concentrates a lot of capital and competences. That, together with strict local privacy norms and the extension of Austria and Switzerland forming the germanophone DACH-area, is fertile ground for specialised players in the digital economy.

Most of the growth lately comes from the subcategory of Social & Relationships. As social media adoption growth tapers off, so it seems has the expansion rate of the German MarTech landscape. Now we are eagerly anticipating what will happen in the sectors of Advertising & Promotion as well as Data where the investors are funneling their money.

What have we learned? According to Avaus the key insights we can take away from the German analysis are...

New Kids on the Block

28% of the companies (for which a founding date is confirmed) were founded in just the last 3 years. Almost all of them within the last decade…it’s certainly a young market and as is common with start-ups, the number of employees correlates directly with the age of the company with 32% having fewer than 10.

While funding in the martech space has been modest (700m euros to date across 88 of the 290 companies) it’s Adtech and Promotion where the biggest sums have been allocated, with Data seeing smaller funding across more companies.

The changing attitudes towards Silicon Valley, it’s cost of living, bad traffic and money obsessed toxic culture are seeing record numbers of outward migration from the area giving rise to start ups looking elsewhere to set up base.

If like us you await the release of Marketing Technology Landscape Supergraphics with equal parts trepidation and giddy excitement…maybe you’ll want to join us at this year’s #MarTechFest where we’ll nerd out with Scott Brinker and deep dive the insights.