Social listening works. How do I know?

I get 15 adverts for Reese's Peanut Butter Cups a day. They know me so well.

But what if, instead, I got 15 adverts for Fry's Turkish Delight? They email a Youtube Video about their new Lemon flavour. Yuck. They tweet me to ask how my mum's doing. They place a billboard outside my flat begging me to buy a single bar. I still won't touch the stuff.

So, What is social listening? I hear you say.

Basically it's listening to potential clients on social media. Okay that's it, end of article. Put a quid in the bucket as you leave.

Okay, it's a little bit more that that.

It's all about analysing the conversations and trends happening not just with your brand, but other brands, and your industry as a whole. You can then turn this info into marketing strategies, that target potential buyers, and retain current ones. It keeps costs down, and interaction up. 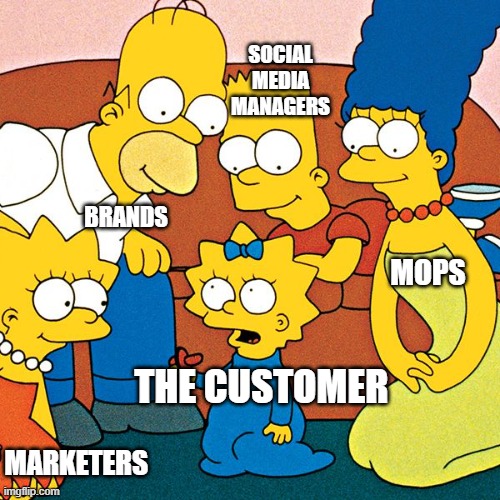 Alright, smart alec, maybe they are a bit similar. Both use insights as business leverage, but often social listening is considered a more complex version, with higher level concepts.

What are the benefits of social listening? Can it get my flatmates to listen to me about the dishes?

Social listening presents plenty of opportunity to target specific groups, especially the online generations - Gen z and Millennials. But with Covid, consumers have changed. Everyone and their Grandma have gone online, due to necessity. So what's the use of having a static customer profile? You have to go online and listen to what people have to say.

So you mean they'll listen to me when I'm having a fight with my significant other/boss/landlord/internal thoughts?

This is not a Agony Aunt situation, but if you want to tweet at KFC about your woes, go ahead.

If you need some good examples of social listening, look no further than fast food Twitter. Or should we say fast feud twitter? The interns they have running those accounts are ready to fight on sight.

But the interaction, monitoring, and analysing of their customer base on the site has been endlessly profitable for them.

For example, a tweet from this nice young man, desperately asking for the return of his favourite fast food:

.@Wendys I just wanna say.... Yall better get it together before another company does. #BringSpicyNuggetsBack pic.twitter.com/sw7QQKvuqa

Burger King not only listened to their direct customer base, but the customers of competitors. They then used the momentum to promote their own brand, before the other company even had time to step in. They did it, they did the social listening!!

As a result the connection between brand and customer has been made. That sweet, spicy, chicken-y connection.

Perhaps a large part of the chicken nugget fans on Twitter are talking about how there's some good nugg reviews on TikTok. A company can then decide to maybe develop a creative strategy for that platform, paint a set, and hire a chicken nugget reviewer (I'll send you my CV, Burger King).

It does save a company a lot of time in the long run. Wait did you say Lemon Squeezy?

Alright. Anyway, social listening helps not only in the research part, but can be a bit of a preventative measure.

Social listening can allow you to detect any potential PR crises, before they happen or putting out the fire before they spread. What a weight off!

And by letting algorithms take care of the most time-consuming parts of the process, you've got plenty of time to take up that hobby you've been meaning to.

If that's not enough CX for you, check out our #MarTechFest DialUp here! As long as YOU promise to listen to us.