Retro Tech: Are Plain Text Emails the Future (As Well As the Past)?

Hey {firstname}! You signed up to MARTECHALLIANCE'S RETRO TECH SERIES.  Thanks! Just checking in with you, see if you're doing quite alright! How's your mum? Love you! If you have any feedback, just hit reply. You're the best! <3

We've all spent a lot of time focused on producing beautiful HTML email campaigns. From getting that perfect gif, to getting the font juuuust right. It's even gotten to the point where most email articles give recommendations for graphics and visuals, leaving the copy almost playing second fiddle. And this isn't us saying HTML isn't fantastic - it allows for better branding, better design, and better tracking. But we can't forget the old classics.

Plain text emails are still incredibly valuable in 2021. Although they might not be as immediately striking as HTML-based emails, they can play a really important part in a company's email marketing strategy. But first up, definitions.

What are plain text emails?

I mean, I'm sure you've guessed from the name. But for those who have scanned this article until they've reached this point: Plain text emails are emails, written in plain text. They are basically like a digital version of a letter or postcard - no fancy visuals, no bright colours.

You've probably sent this type of email already, to family, to co-workers, to the Pringles company to complain that the tubes are too small for your hands. 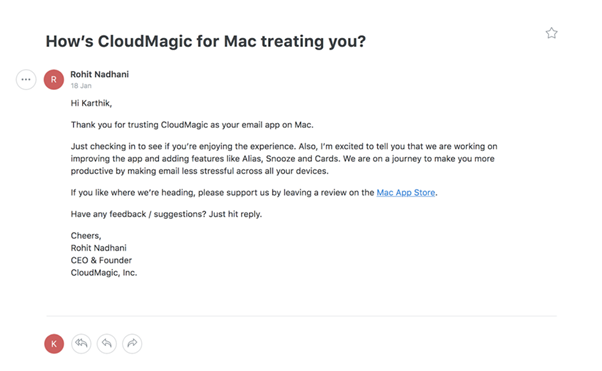 Plain text emails don't include any stylised nonsense, be it fonts, images, or hyperlinks. But they shouldn't be underestimated. They can, in fact, contribute way more to your efforts than you would expect.

So, what are the top benefits of using plain text emails? Well, firstly they can help you:

Ah, the dreaded spam filter. It's all well and good creating the world's most fantastic email - you've written a prize-winning poem, the font is just right, all centred around the perfect Jeff Goldblum gif. But, if the spam filter gets it, before it gets to your client, then it's all for naught.

Spam filters actually prefer plain text emails, because they tend to have a more legit sender. Plus, filters can get hung up on HTML code, and misinterpret it as malicious. This means you don't get very high click through rates, or open rates. If the visibility isn't there, the numbers won't be either.

On top of this, there's a chance that your HTML emails might have broken links or tags, which puts them right into the spam folder. HTML can have a problem with deliverability for this reason.

So, if you want to ensure deliverability, try plain text. When it comes to plain text emails, providers and users won't encounter HTML hiccups or blocked images. Plus, thanks to this, you'll be more likely to avoid the 'promotions tab'. It's almost impossible for HTML-based campaigns to hide their promotional nature.

Plain text emails have the distinct advantage of being perceived as a one-on-one conversation. People love personalisation, they love the feeling of this messaging being only for them. So, while it's popular to think that customers prefer HTML emails, they tend to respond better to emails that are personal. 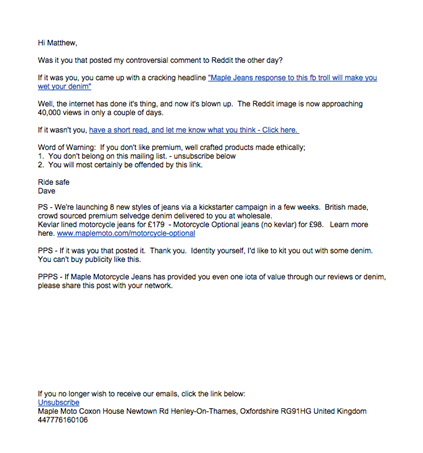 Karthik Soroju, an email marketer at Newton, believes that email is best thought of as conversation. So, plain text email offers this sense of two-way communication, ease, and openness. As a result, Newton stopped their HTML campaigns, and replaced them with plain-text alternatives.

Talking about the run up to the change, Karthik recalled:

"It was in December 2015. We were approaching our Mac app launch. I prepared the release checklist, and as part of it, we looked at our welcome email after almost a year. I hated it. It was such a dense HTML email! 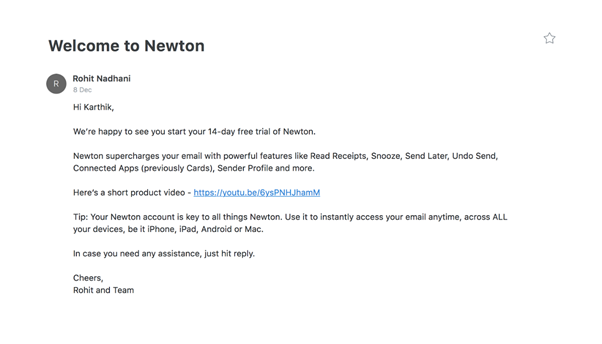 The whole theme of the release was to keep things simple and distraction-free, just like our Mac app. During the discussion, I said — “why don’t we have a simple, plain-text email? It goes well with what we are doing”. He nodded. “Also, less work for the design and the development team!” I said, tongue-in-cheek."

And users loved it. The response rate to their emails went up by 156%. In fact, research by Mailer Mailer also revealed a 1.2% increase in open rates for mailing with a customised messages, which can prove critical to small businesses.

So, he recommends a few things Newton, and other marketers, should follow. These include:

With a growing number of people using wearable tech, it's worth taking it into account. This might be a smart watch, or a FitBit. But either way, this is a device that displays messages, but only in a text-based format. So, plain text emails are a much better format for these recipients.

On top of this, plain text emails work on any device, including being mobile compatible. They also load a lot more quickly than HTML, because there's not a whole bunch to load, except the text. So, the absence of tech problems, and ease-of-use also makes it disability-friendly.

There's a few best practises to consider when using this format, in order to make them as visually appealing as possible. For example:

A couple of disadvantages to keep in mind with plain text emails include the lack of tracking metrics - it's harder to know how successful or unsuccessful your email marketing campaign is when using this format.

HTML on the other hand, has this advantage. Plus, they tend to provide a better visual appeal, a better possibility for long-form storytelling, and an organised layout perfect for encouraging clicks. When customers are interested in an email's promotion, they can just click a link, and go straight there. This isn't possible with plain text.

So, keep in mind what your goals are for your campaign, and choose a format that works with these aims. But, it's important to not rule out plain text emails!