Who is... Scott Brinker?

You're a fan of Scott Brinker. Of course you are. He's the Godfather of Martech.

First things first and I think it’s something we can all agree on; Scott Brinker is a very happy chappy. I genuinely can’t find a single picture of him (excluding the ones where he’s been snapped halfway through a sentence) where he isn’t grinning from ear to ear. A lot of the time you’ll get those entrepreneurial sorts who want to look solemn and brooding. Not our Scott!

Scott Brinker’s a big deal in this part of the world. I work in Martech so I have to be reasonably earnest about this kind of thing but I still smirk when I remember that, genuinely, Brinker is referred to as the “Godfather of Martech” completely unironically.

In fact, I watched an interview with him the other day and he was introduced as a “super-human god-like creature”. I told you he was big. 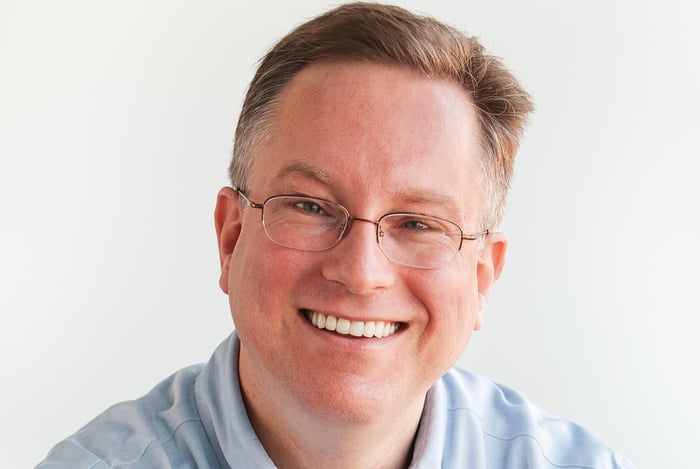 But who is Scott Brinker really?

Scott Brinker started off at Miami University but pulled out in 1991 when he joined the company with the best name ever and that definitely isn’t a front for some super villain, Galacticomm.

Before joining Galacticomm at the age of 20, Brinker was a customer of theirs and would even help programming new games and features for the product, The Major BBS. Some ridiculous company names flying about here.

Shortly after joining, Brinker was made president and CEO at just 21-years-old. He was later replaced as CEO in 1996 before the company was sold, with Brinker selling his interest and leaving to pursue new endeavours. 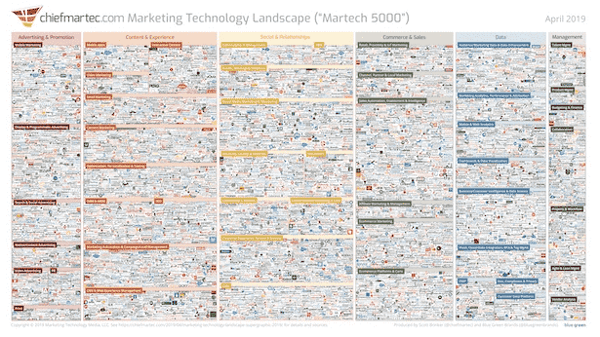 All the Martech Madness

Scott actually created the word ‘mar-tech’ so you kind of get why it’s difficult to say the word without his name popping up; that and the Marketing Technology Landscape Supergraphic he created.

This started off with just 150 inclusions in 2011 and now has over 8000 as of 2020, including a number of regional spin-offs, including our own UK and APAC versions. Yes we did jump on the bandwagon.

Scott is the vice president of HubSpot, Editor of chiefmartec and program chair of MarTech conference.