The 13 Most Expensive NFTs Ever Sold

NFTs have created a new form of exchange. This new economy offers freedom and decentralisation for creators, artists, and even brands to form an additional and exclusive relationship with their supporters.

From clubs, to donations, to brand experiences, a purchase of an NFT extends the interaction a community has with an individual or company.

But like every industry, it has its extremes. For every street artist kept alive by -tourists wanting a caricature, there's a high-end art collector looking for prestigious works.

Brainchild of Canadian multidisciplinary artist Michah Dowbak, Replicator is the first "multi-generational NFT". The artist, known by the pseudonym 'Mad Dog Jones', sold the piece for a whopping $4.1M to an anonymous buyer. 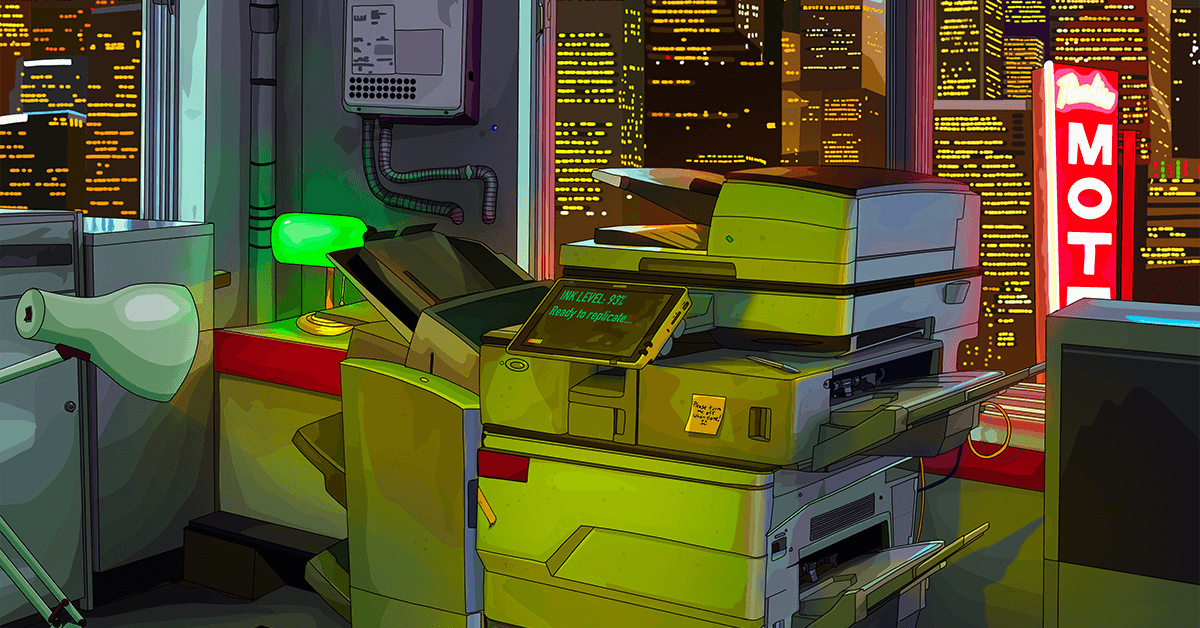 So what is 'Replicator'? The work shows a photocopy machine in a small office space. What makes the artwork unique is that it is designed to print new NFTs every 28 days, meaning its holder can own 180 to 220 NFTs over time.

Here's one to bring up at your next dinner party with a nay-saying Uncle. This one actually saves lives. Save Thousands of Lives is an NFT created by Noora Health, a company which saves the lives of at-risk patients in South Asia.

The artwork was sold for $4.5M, or 1337 ETH, in May 2021. The proceeds were given to the organisation's programme aimed at helping at-risk newborns.

Sold to an anonymous user via Sotheby's, This Changed Everything is a piece featuring one of the earliest versions of the World Wide Web. On June 30th, it was sold for $5.4M. 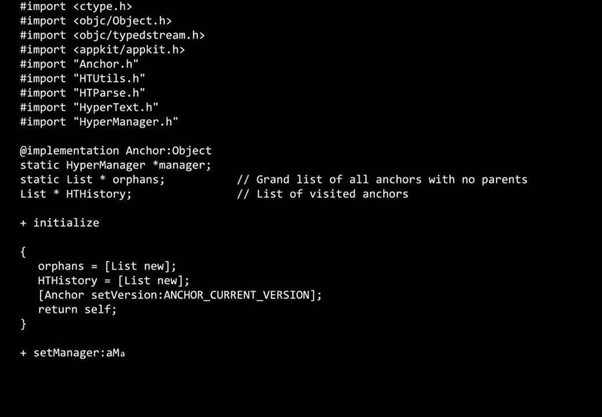 Another NFT with a purpose. Last April, computer intelligence contractor and whistle-blower Edward Snowden sold his very first NFT. The piece was an image of his face , overlapping the pages of the court documents that ruled that the NSA's wide-ranging surveillance programmes violated US law. 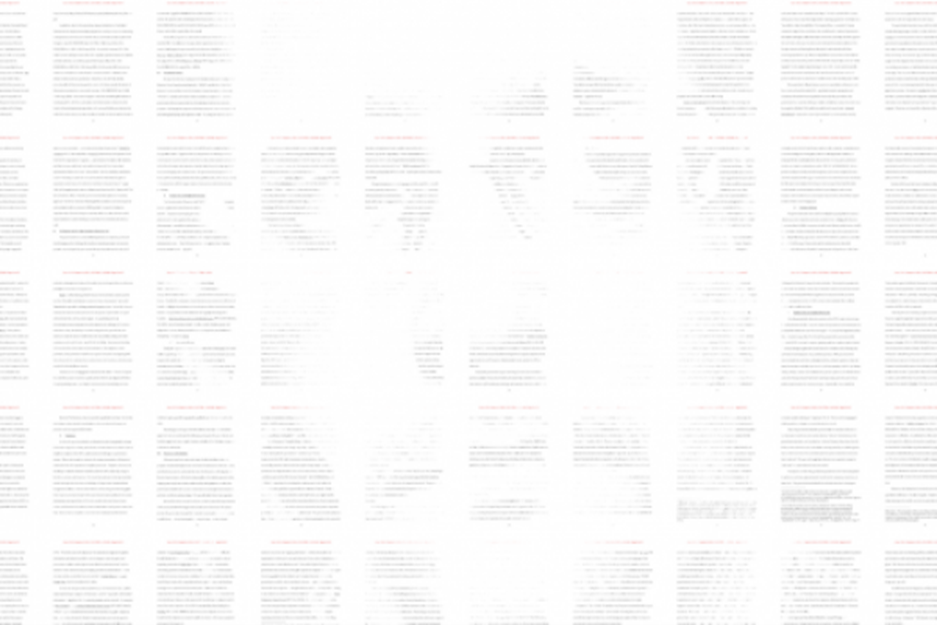 The proceeds of the sale went to the Freedom of the Press Foundation, a non-profit organisation that funds and promotes free speech and the freedom of the press.

💎 A Coin for the Ferryman 💎

The work had not been sold since the SuperRare user @0xclipse bought the artwork directly from XCOPY back in 2018 for 0.5 ETH, around $139 at the time.

Several XCopy works have sold for millions of dollars since. Another high-profile sale occurred recently, when the NFT collector Cozomo de Medici paid the equivalent of $3.86M for the piece "Some Asshole"

A Coin for the Ferryman includes a number of scribbled faces over a colourful background, in a GIF format.

The first of the Beeple pieces on this list. Crossroad is an animated NFT created by Beeple (real name Mike Winkelmann), featuring the former US President Donald Trump laying by a sidewalk, ignored by pedestrians.

Right-click and Save As guy was sold on the SuperRare marketplace for USD 7.08 million in early December 2021. It was bought by the user known online as ‘Cozomo de Medici’, who has a vast storehouse of NFT digital collectables. 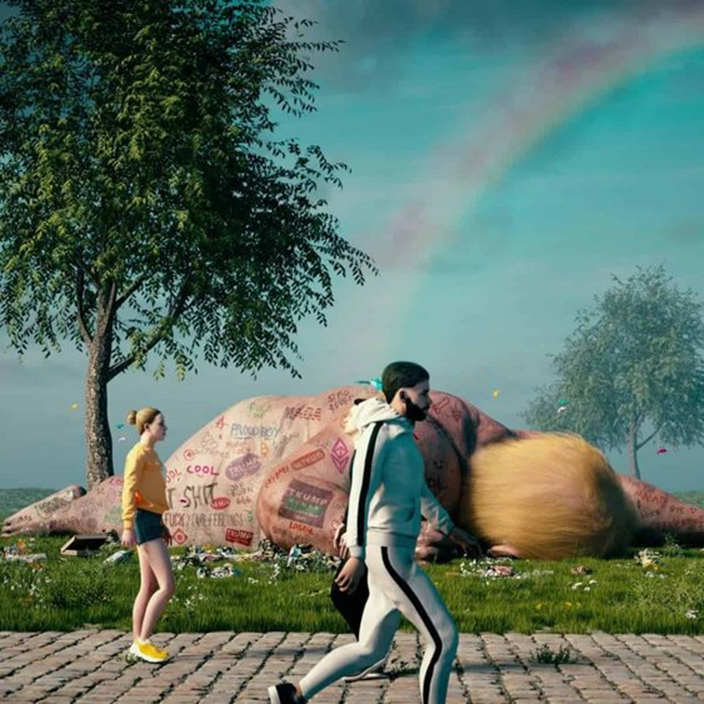 The work was sold for $6.6M in February 2021 on Nifty Gateway, but the sale execution was made on the secondary market.

Ringers #109 is a piece by Art blocks, which is a piece that creates loops around pegs using an algorithm. It is a static image, with the dominant colours being black and white, but what makes it valuable is its one splash of red. The colour of the red peg is present in just 0.3% of the Ringer tokens. 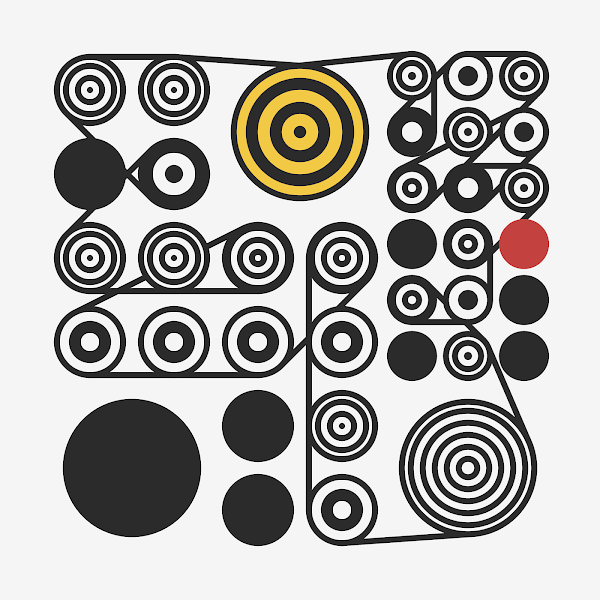 The work also features three more rare attributes for Art Blocks' creations. These are; the balanced wrap orientation, the loop, and the white background.

The NFT sold for $6.9M in October 2021, a record price for Art Blocks. The buyer was anonymous, though according to The Crypto Times the successful buyer was AKIRA, co-founder of NarcissusGLRY.

According to AKIRA, the NFT was bought by them for $550 in March.

The second XCopy piece on this list, Right-click and Save As Guy is the name of an NFT artwork created by the artist as a joke on those who think NFTs are worthless because they can be copied and downloaded.

The artwork carries on XCopy's usual theming, of dystopian and death-themed works. It features a character wearing large shades and a hoodie, mumbling something.

Right-click and Save As guy was sold on the SuperRare marketplace for USD 7.08 million in early December 2021. It was also bought by Cozomo de Medici, who has a vast storehouse of NFT digital collectibles.

Some speculate that Cozomo de Medici is the alias of rapper Snoop Dogg. Even though the American celebrity admitted that he is the man behind the identity, it has not been independently verified.

What makes an individual punk valuable is that, although the majority are similar in their formation, their unique attributes make them different.

Cryptopunk #7804 has a pipe in his mouth, and wears small shades and a cape facing forwards. 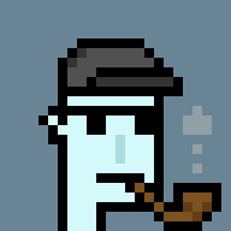 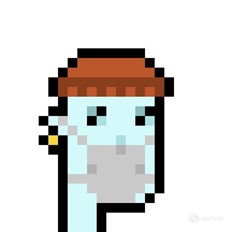 The work was sold at a Sotheby's auction, the buyer being Shalom MacKenzie, the biggest shareholder of DraftKings.

Now, the prices are jumping up. Another Beeple work, this is not the most expensive of the artist's pieces, but could be the most unique.

Human One is a hybrid design that combines the digital with the physical. It is a human-sized sculpture made of polished aluminium, mahogany wood, and four video screens creating a combined total resolution of 16K.

Speaking to Christie’s head of digital sales Noah Davis, Beeple said, “We had a bunch of TVs on rollers in our studio and were rolling them around in different shapes and patterns. Then I was like: ‘We should roll them into a little box unit.’…We immediately realised that this configuration of screens was a powerful canvas — anything we put on it looked awesome.”

These screens display a virtual avatar that'll keep changing for years. Beeple says he'll keep updating the avatar as long as he's alive, and make any changes he sees fit. Human One was sold with a corresponding dynamic NFT, which was minted on 28 October 2021.

Beeple warrants that the Physical Element does not contain any features designed to impair the continuous display of the Artwork,” Christie’s said in its description of Human One.

Everydays was sold for $69.3 million at Christie's, the highest price paid for an NFT and the third-most expensive work by a living artist.

The Singapore-based NFT production studio and crypto fund Metapurse, financed by its founder Metakovan and operated with someone named Twobadour, joined forces to buy the piece at auction earlier this month.

Twobadour, one of the buyers, claimed that the investment was destined to appreciate in value into the future: “This is going to be a billion-dollar piece someday.” 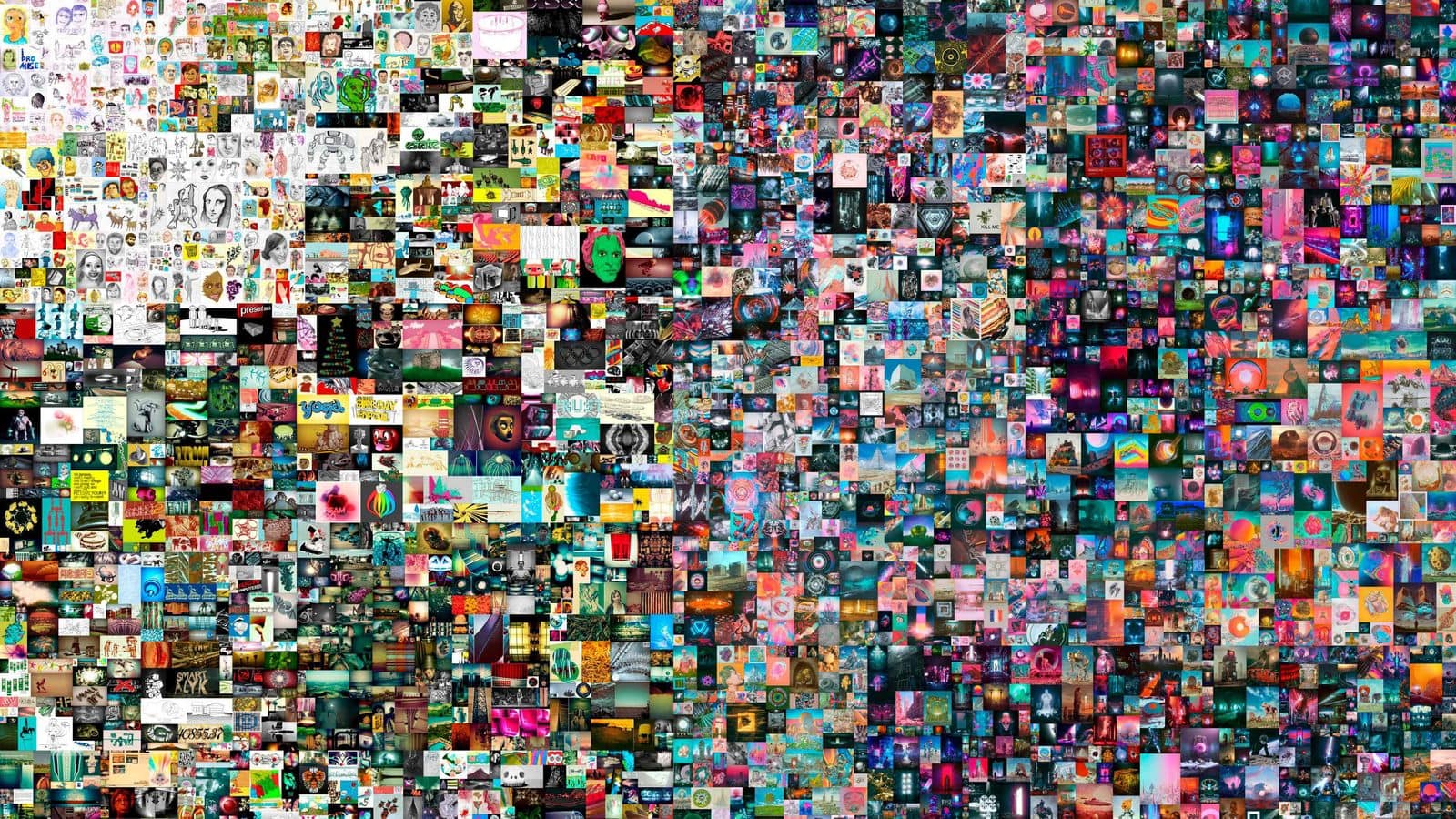 The work involves a digital sketch made by the artist everyday (d'ya get it?), and includes satirical drawings and pop culture references, with the artist's ability improving throughout the 13 years of work.

It was the first purely digital NFT-based artwork offered by a major auction house. Following the sale, Christie’s said Beeple now ranked among the “top three most valuable living artists.” The sale catapulted Beeple and his works into an even bigger league, with collaborations with Nike and Katy Perry.

Its buyer, MetaKovan, later revealed as crypto investor Vignesh Sundaresan, called it “a steal” while talking to The New York Times.

Knocking Beeple from the top spot is the new most expensive NFT ever sold - The Merge by digital artist Pak. 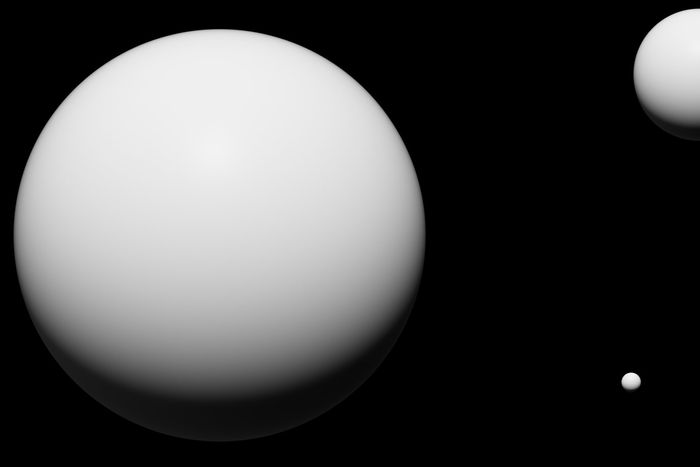 Pak is another big name in the space. Although the artist's actual identity remains a mystery, he has become a massive presence in the digital art world, having created some of the most iconic artworks available at the moment.

The Merge is different from every other NFT out there. This piece was a collection of 'masses' that individual buyers could get their hands on. The more people spent, the larger their 'mass' got. All of these masses are lumped under the same creation, with the total sales coming out to $91.8M. So, The Merge is currently held by 28,983 collectors, with the total amount of masses being 266,445 by the time the sale ended.

So, instead of being a single piece of work, The Merge is what is called 'fragmented art'. The piece was sold on NFT marketplace Nifty Gateway between the 2nd and 4th of December 2021.