Sadly no, we’re not talking about rugby players…but we are going to tackle the subject of scrum (#sorrynotsorry).

Well, scrum is a subset of Agile - a lightweight process framework within which teams can address complex adaptive problems, while productively and creatively delivering high value products.

The history of scrum

Scrum was first introduced as a term in product development by Hirotaka Takeuchi and Ikujiro Nonaka in their 1986 Harvard Business Review article "The New New Product Development Game”.

Fast forward a few years to the early 90s when it was implemented into practice by Jeff Sutherland and Ken Schwaber, and you have the birth of scrum. They describe the concept as:

MUST READ: #MarketingBookClub - The Agile Marketer by Roland Smart

The evolution of scrum

Scrum was developed into a formal software development framework in 1995, and since then it has evolved on a global scale.

The original scrum approach was geared towards increasing speed and flexibility in commercial product development and what began as a team with the product owner on the outside has now become a self-organised, cross-functional scrum team with nobody on the outside!

What’s the relevance to marketers?

Over time, the Agile methodology has fast been adopted by a number of disciplines, including marketing teams. But how is this put into practice?

Well, all jokes aside, scrum does actually get its name from rugby - everyone plays their own role but within a team that works collaboratively, adaptively and quickly. Are you starting to get the reference?

The team also reflects on shared victories and failures in order to continuously improve. After all, teamwork makes the dream work, amirite?

So… what’s the difference between scrum and Agile?

Similar as they may appear, it’s important to distinguish between scrum and Agile:

Of course, there is no one right way to “do” Agile - there are a number of different methodologies, and over 54% of Agile marketers report using a hybrid approach. 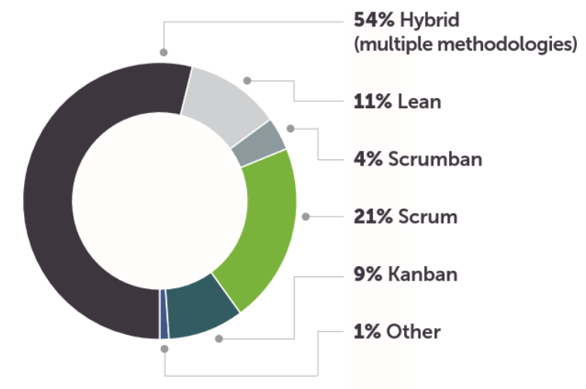 Which methodology do you use? Let us know in the comments!

Who’s who in scrum?

It’s really important to note that though the team is split into groups, it’s not a hierarchical structure - everyone’s in it together. Democracy, yo!

Think of this person as the rugby team manager - they’re the one in charge of the product and the product team.

This person is like the team coach - they’re working to ensure the team has everything they need and to get the very best output from them.

The players! A team of between five and nine people including but not limited to developers and designers… basically anyone involved in creating the delivered product.

All of the above - the dream team!

The backlog is the scrum brain - an evolving document that lists the order of work, managed by the product owner.

The heart of scrum, the sprint is similar to allocated project time. Sprints are compiled of back-to back tasks and can last between one and four weeks. They contain four events:

Deciding the order of work within the sprint and how to achieve it - based on the product backlog.

Sometimes referred to as the daily stand-up, this is a short, 15-minute (or less) meeting for the team to discuss progress since the last daily scrum, along with any issues.

A presentation and feedback session of the work completed within the sprint; the review can be used to inform following sprints.

The retrospective (also known as the retro), is the final meeting, or post-mortem, about the completed sprint. A time to discuss, wins, losses and future improvements.

In 2001, against the backdrop of the Utah mountains, the Scrum Manifesto was born. Created by no less than 17 software development thinkers, they came up with a set of core values based on mutual trust and respect: 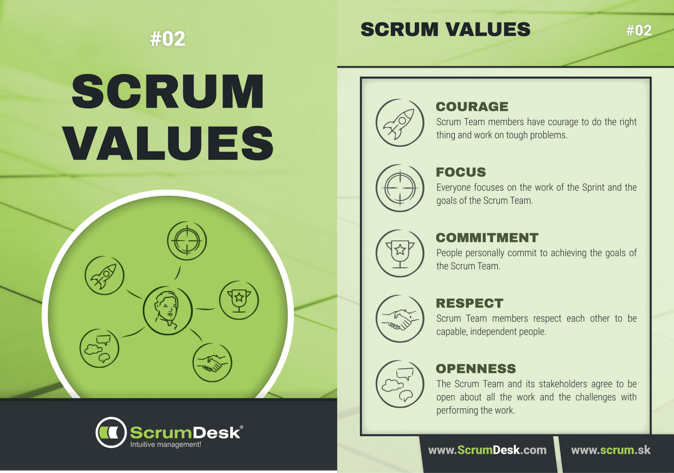 Scrum might be tricky to master but the benefits reported by companies who implement the practice are worth the investment:

So, now you’re ready for that match… go team!