WTF NFT - The Top 10 NFTs You Can Buy Right Now 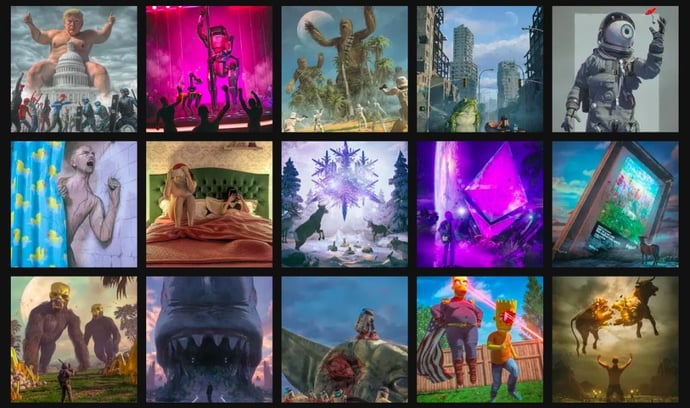 I want you to consider this the Argos Catalogue of NFTs.

Go through each one, circle it with a black marker pen, and give it back to mum just in time for Christmas.

It's only been a couple of weeks since the world went NFT-mad, putting bids on that random meme that lives in the recesses of your 15-year-old mind, or buying artwork that can never actually be hung on the wall to impress your hipster friends.

If you've just woken up from a coma and have no idea what I'm talking about: number one, congratulations, you're a fighter and your family are very proud of you, number two, be sure to check up on our WTF NFTs article published earlier this week. There's some other news stuff about the site, just to get you up to speed with the rest of the world too.

Without further ado, take a browse at the biggest and/or best NFTs in the news this week. 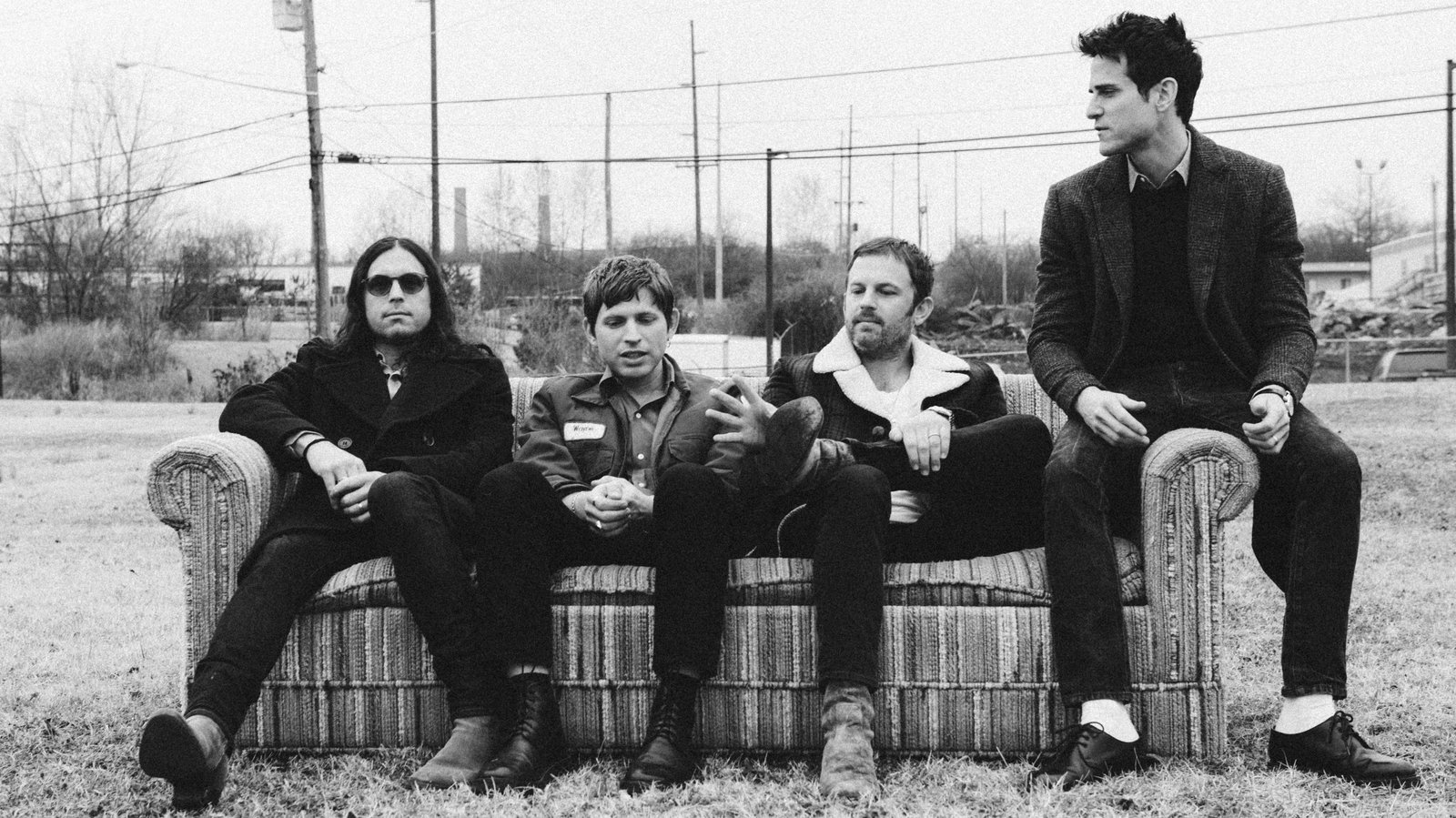 Okay, I'll admit. I wouldn't even want to buy a Kings Of Leon record for 10 quid down HMV, let alone buy an NFT off the lads. Teaming up with tech start up Yellowheart, the band have released 2 different types of NFT. One being a $50 deluxe version of their new album 'When You See Yourself', which includes a digital download, vinyl, and various Digital goodies. The second is six tokens sold at auction, which will essentially act as lifetime tickets to all future shows. 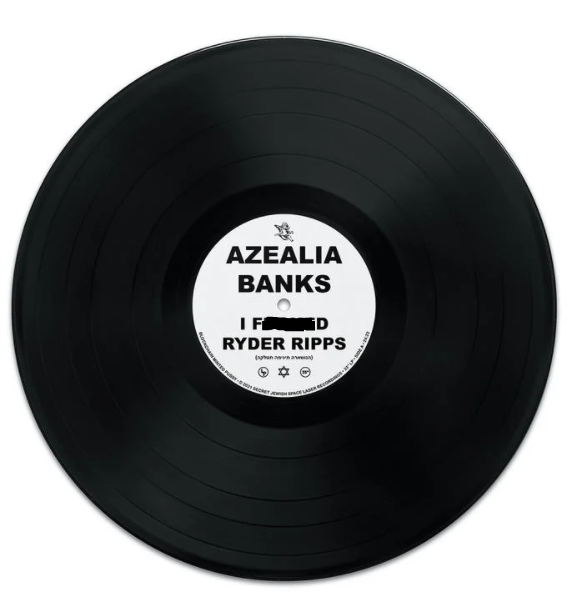 We are now moving away from Mum band Kings of Leon now. Far, far, far, far away.

The 24 minute album was sold almost immediately, and featured Banks, and her boyfriend Ryder Ripps, uh, well, you can guess what they were doing. This is a family friendly martech news publication.

Plus, all proceeds will be going to Give Directly’s Africa Response fund, after being converted to Bitcoins. Try explaining half of this to your Grandma, then film it, then send it to me. 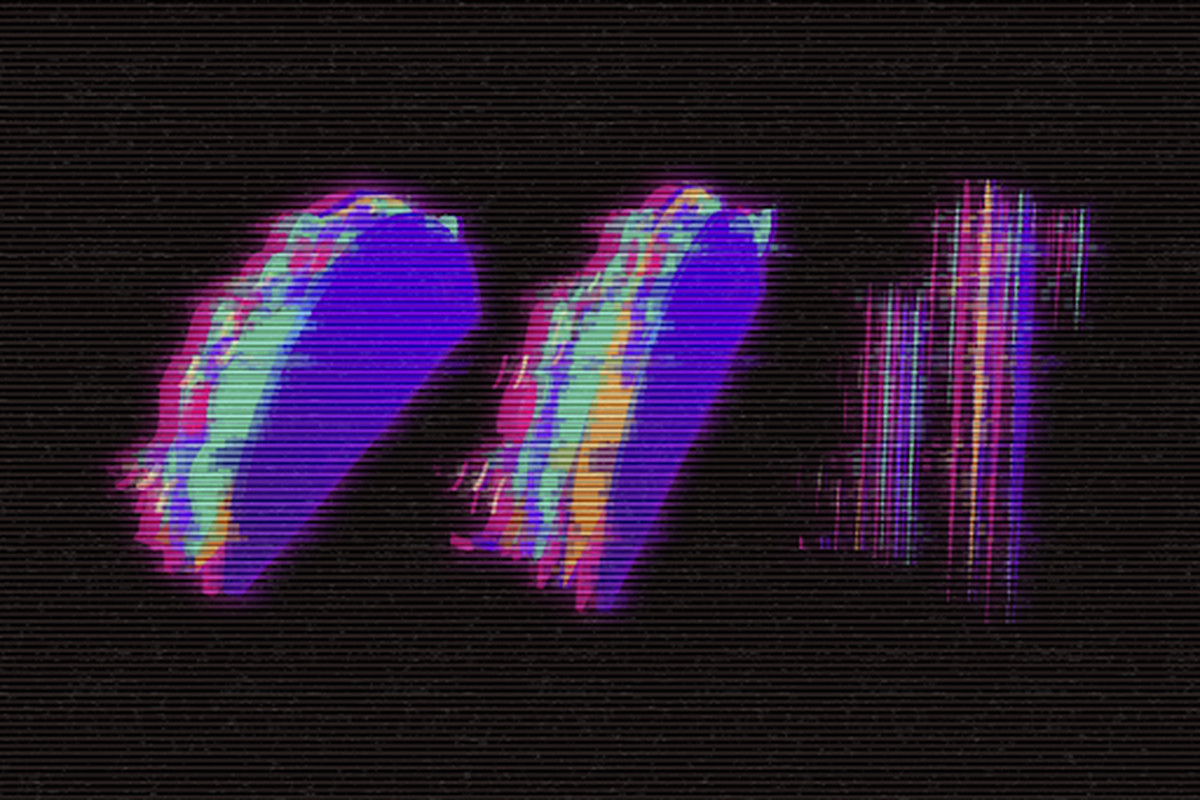 Yep, you knew it wouldn't be long until one of those r/fellowkids fast food conglomerates jumped on the latest trendy bandwagon.

They have described the pieces on their 'Rarible' page as "iconic and original artwork inspired by our tacos at the easily digestible price of our menu items." We'll try and excuse the pun. 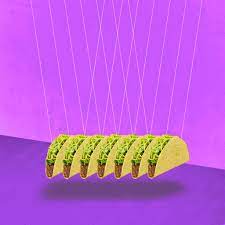 100% of the profits earned will also be donated to charity, going to the Taco Bell Foundation, Inc. "to empower youth to discover and pursue their career and educational pathways."

Going onto the CryptoPunks website gets you this message:

"CryptoPunks. 10,000 unique collectible characters with proof of ownership stored on the Ethereum blockchain. The project that inspired the modern CryptoArt movement."

"The first "Non-Fungible Token," and inspiration for the Ethereum ERC-721 standard that powers most digital art and collectibles."

So these funky lil guys basically started the NFT revolution. And they're so gosh-darn cute. The nearest thing the internet has to collectable antiques, these simple clumps of pixels go for top dollar.

<- This dapper gentleman went for an impressive $1.54M.

So be quick to snap up your favourites, or at least one that looks a little bit like you. 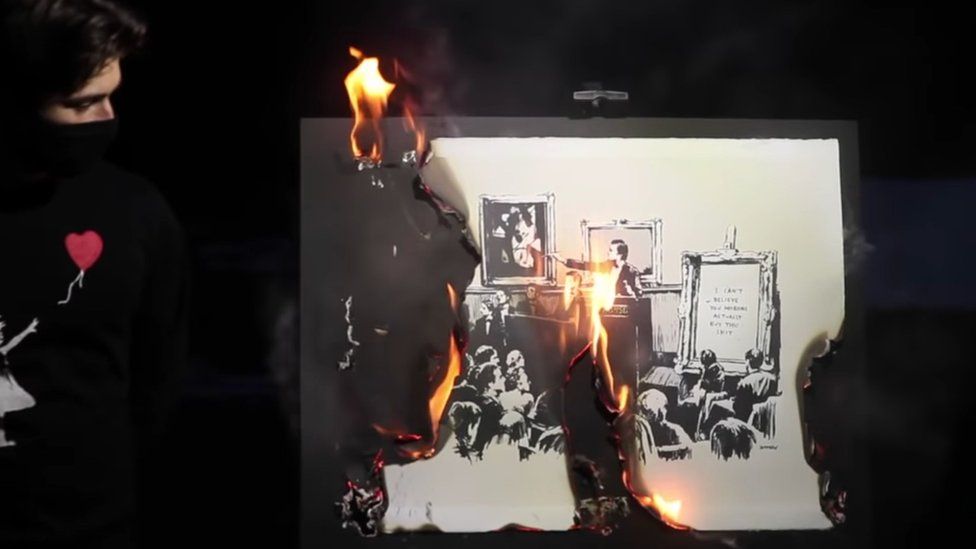 Destroying Banksy pieces seems to be all the rage nowadays.

Injective Protocol, a blockchain company, recently bought up the piece for $33,000, burnt it, then sold the recording as an NFT for $415,586. A pretty impressive profit.

This is what the mad lads had to say for themselves:

Impressive if you're eyes didn't glaze over that paragraph like mine did. I don't know what this means, but it sounds pretty cool.

👑ALL HAIL THE KING👑@YoDough scooped up this Legendary LeBron James Moment from our Cosmic Series 1 set for $208,000‼️ This Moment is from our first Legendary set ever minted 💯

The top acquisition for any NBA Top Shot Moment ... so far.

Congrats on the nice pickup! 👑 pic.twitter.com/rFLMzbwXN7

Bought by a group of investors for $208K it is the highest sale for the company to date. Slam dunk! (That's a basketball reference, right?) 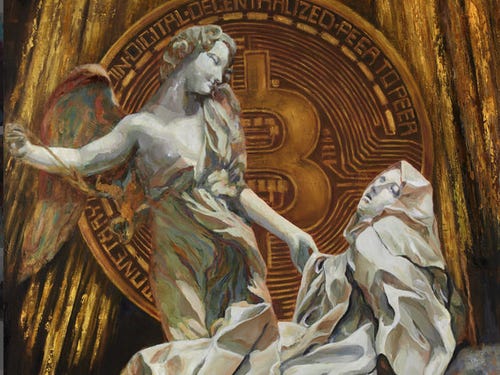 In the first Virtual bank heist, Trevor Jones' "Bitcoin Angel" has been reportedly stolen. One Twitter user even said over $150,000 in digital assets stolen on Nifty Gateway, the digital marketplace.

Jones' piece had generated a good deal of momentum in crypto-art sales even before it's reported heist.

If someone doesn't write a screenplay on this, I will.

Who's surprised Grimes has released a bunch of sci-fi artwork as NFTs? Certainly not me! Filled with uncanny valley cherubs and orbs of all descriptions, the pieces collectively made the wife of richest man in the world an additional $6 million pounds. A little bit of spending money for the weekend.

And here is one of them for you, for free. ‘'Grimes is a creative in the truest sense of the word,’" Nifty Gateway said on the WarNymph Collection posting.

"This past year, Grimes put a piece of her soul up for sale, and developed her ‘WarNymph’ avatar, a completely digital version of herself. This collection is a collaboration between grimes and her creative partner Mac Boucher. We could not be prouder to showcase their debut NFT collection!"

And last up, that's right - the man with the name that sounds like something a toddler would call a car.

Everydays was sold for $69.3 million at Christie's, the highest price paid for an NFT and the third-most expensive work by a living artist.

The Singapore-based NFT production studio and crypto fund Metapurse, financed by its founder Metakovan and operated with someone named Twobadour, joined forces to buy the piece at auction earlier this month.

Twobadour, one of the buyers, claimed that the investment was destined to appreciate in value into the future: “This is going to be a billion-dollar piece someday.”

The work involves a digital sketch made by the artist everyday (d'ya get it?), and includes satirical drawings and pop culture references, with the artists ability improving throughout the 13 years of work.

So, they don't start off great. 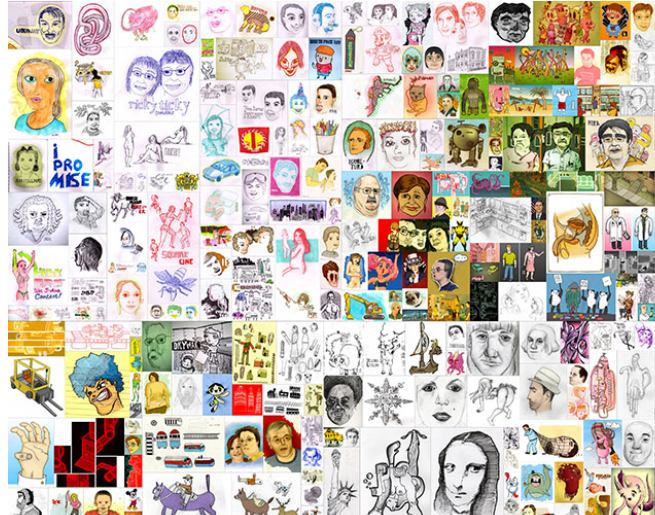 But I am particularly fond of this one, from later years: 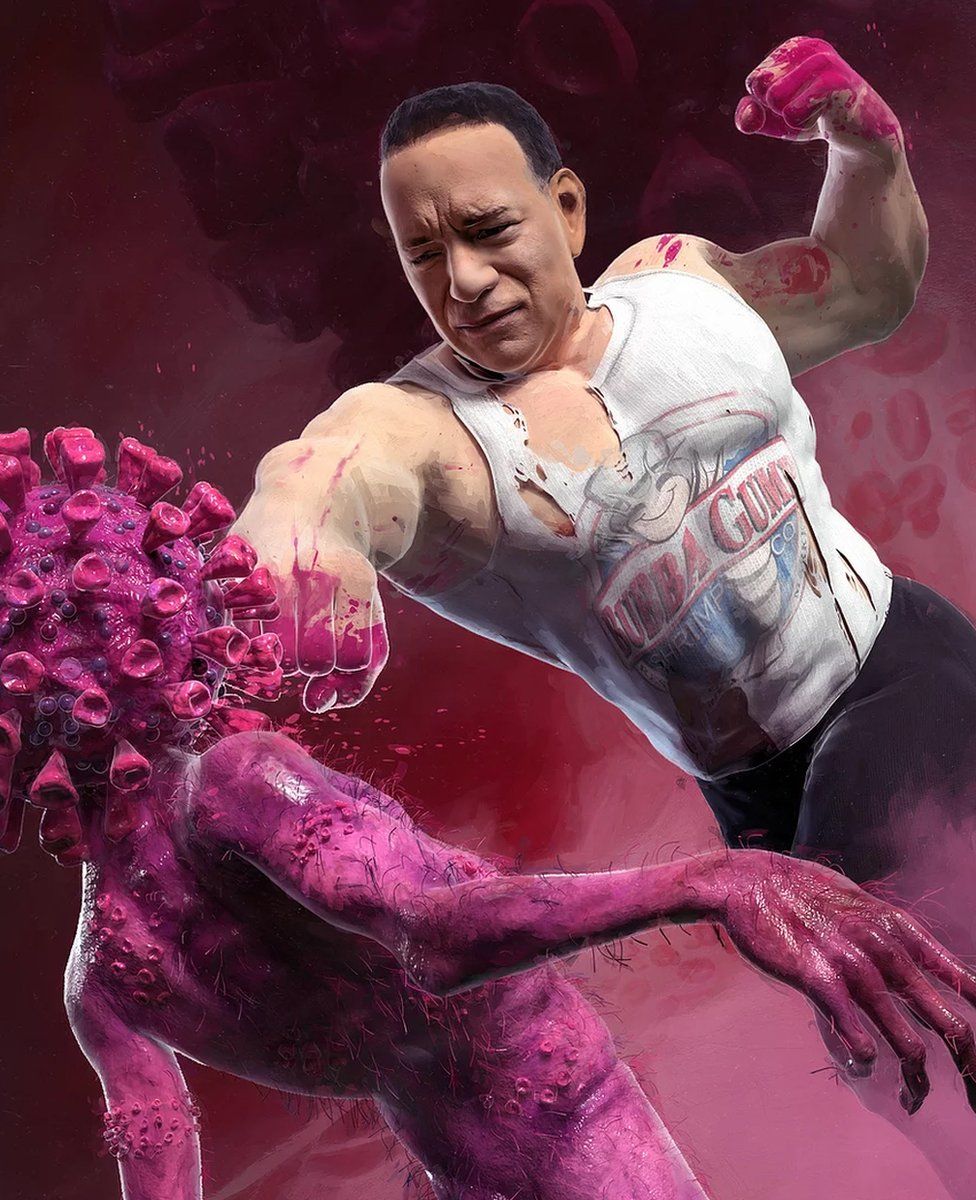 And this ones pretty damn cool: 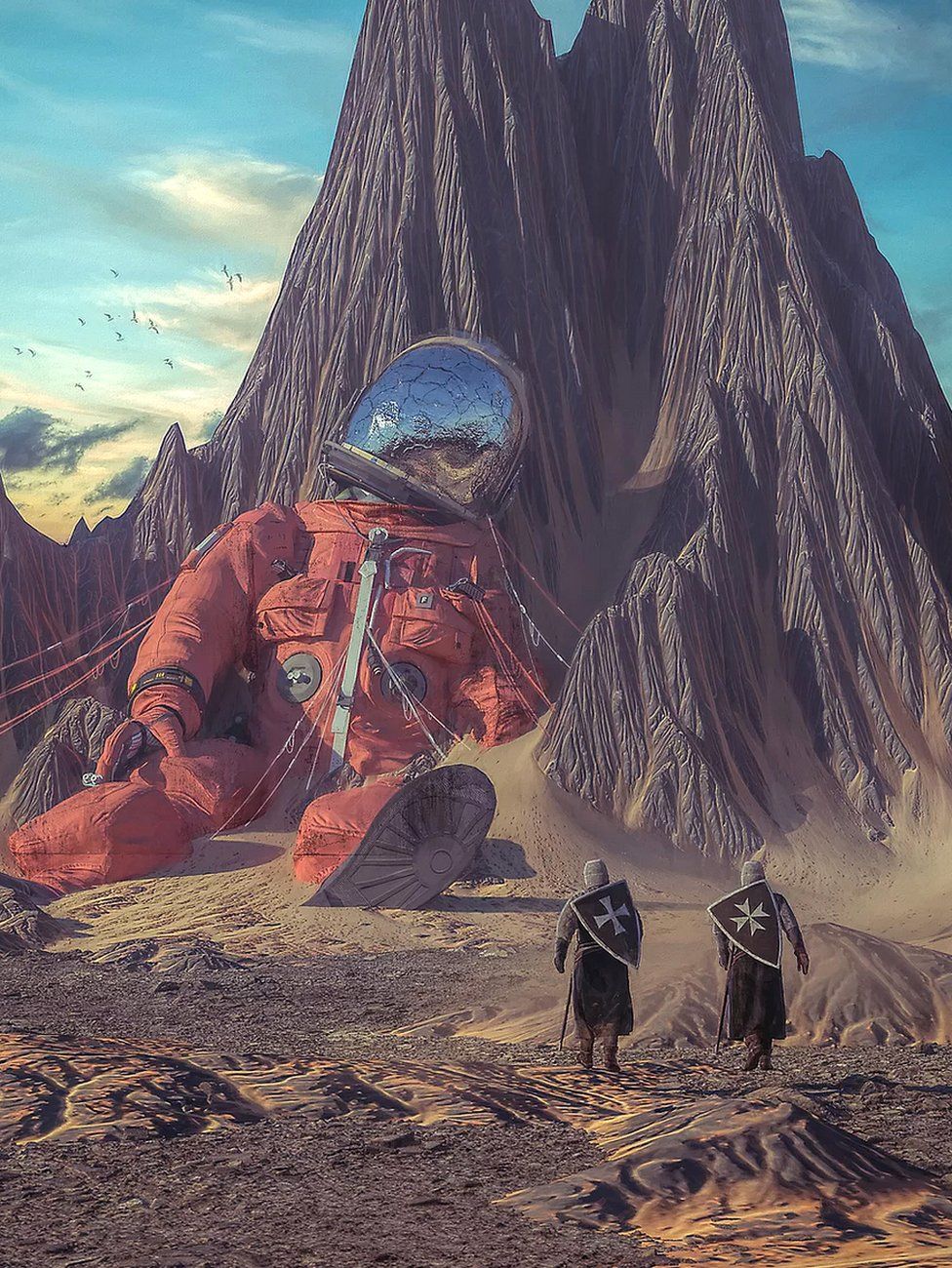 But never forget where you started, Beeple: 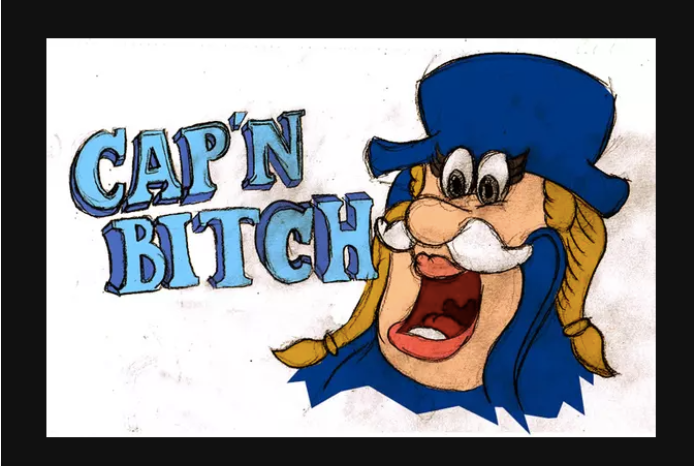