WTF NFT - What, why, how of non-fungible tokens (NFTs) 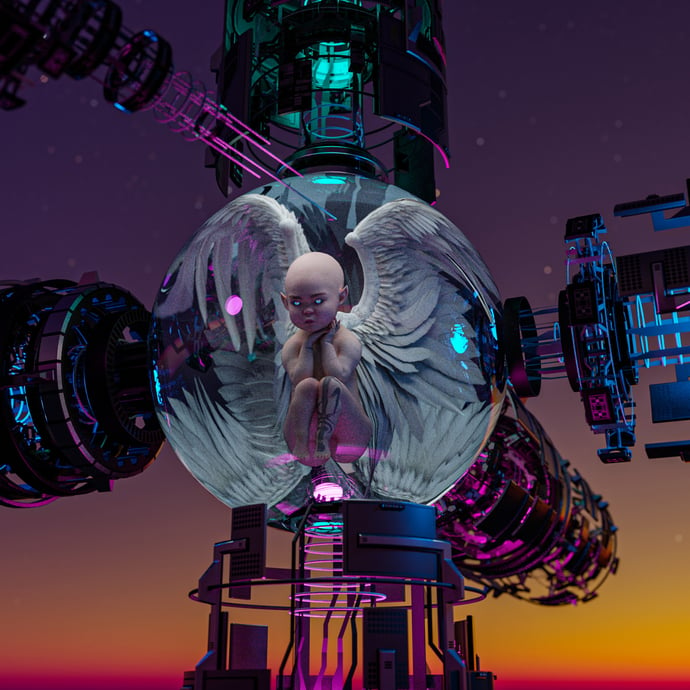 NFTs are Cryptographic assets on blockchain, with unique ids and metadata. How do they differ from Crypto, you ask? Well, for one, they're non-fungible. Woah, I know.

Once you own it, that digital asset is yours, big spender. The token is tied to the artwork, and acts as the original piece. For example, you might be able to Google a picture of Van Gogh's Sunflowers, or even hang it on your wall, but (surprise surprise) you don't actually own it. NFTs work the same way. Only when you own the token, do you own the artwork.

So you can trade a Bitcoin for a Bitcoin, and you'll have the same thing. But if you trade a NFT for another NFT, you get something completely different. That's what makes it non-fungible. It's the difference between trading currency, and trading Pokémon cards. Both equally important, though.

Imagine being the owner of the world's first Tweet. That's what's on offer this week - Twitter founder Jack Dorsey is selling his, and the world's, first tweet. For a low, low $2.5 million, that is. I'm sure that's much more affordable in pounds.

Essentially, any digital asset, artwork, gif, meme handcrafted by a sarcastic teenager, can be turned into a collectable, and valuable, asset. A bit like a Gen-z version of the art world, each piece is unique, sought after, and can act as an investment. Really puts the fun in non-fungible.

So, what's the big deal?

Non-fungible tokens are just that - non-fungible. Now this has nothing to do with mushrooms, as I originally thought. Instead, it is a word created to be in contrast to 'fungible' tokens i.e. things that can be traded or exchanged, like irl money, or cryptocurrency.

So if you were the type of person to desperately want to own, say, a rare pepe, you'd be in luck.

in 2018, Paul "Lamborghini" Kell bought the 'Homer Pepe' which is just what it sounds like. Just exactly like something a man with a nickname of a car would own. For a measly for $US38,000, Paul became the sole 'owner' of this token, and as a result was the 'owner' of the digital artwork.

But there's always a risk.

“There are people who have been conditioned by cryptocurrencies to believe that just the fact that it can be owned makes it valuable,”  said computer science professor at Brazil’s State University of Campinas, Jorge Stolfi.

"People just 100% believe that this thing has value, but in fact it doesn’t because there’s no way to get value out of it except for selling it to another investor.”

So NFTs are only valuable as long as there's another person willing to buy. If no-one is interested in your decades old meme of a cat, you'll not get much out of it. The token draws value in how culturally relevant it is, or if it's tied to a specific event or person. Nyan Cat, a pretty iconic and pretty vintage meme, sold recently for $600,000.

Because of this, NFT have been embraced by musicians and artists alike. Grimes recently auctioned off 10 exclusive pieces of digital artwork, earning $5.8 million. Just like the artworld, it's the prestige and exclusivity of owing something that really attracts buyers.

Most recently, the artist known as Beeple has made a fair bit of dough in the digital art world. "Everydays — The First 5000 Days,” a collage of years of sketches, made 69 (hehe) million dollars at auction this week. It's the first time ever auction house Christie has sold a digital-only piece of artwork.

So, how can you buy your favourite Martech Alliance tweet right now?

In an FAQ, Valuables outlines how to get involved.

"Go to v.cent.co and input the URL of the tweet you want to make an offer on"

"The tweet itself can only be minted once on Valuables. That NFT though can be bought and sold an unlimited number of times."

"Owning any digital content can be a financial investment, hold sentimental value, and create a relationship between collector and creator."

After you've purchased the tweet, or that vine of the 3 Irish guys in the car with the balloons, it'll be stored in a NFT-compatible wallet. And you'll be able to scroll through them like a Victorian eccentric surveying his collection of Botticelli's.

So be quick, there's only one photo of Paco in a party hat, a real hot commodity.