The History of Hubspot

After meeting at MIT in 2004, Brain Halligan and Dharmesh Shah realised people were completely changing how they shopped. No longer did the whole pop-up, invasive, attention-grabbing techniques work. In fact, they'd become detrimental.

So, the tech-loving duo wanted to provide small companies the opportunity to compete with big companies, and the internet was the way to do it. As a result, they set up their pre-launch website, and got to work.

Describing itself as an "early-stage software company focused on delivering simple, integrated web page applications for professionals", HubSpot's first iteration of it's website is pure early 2000s internet, down to the single clip art picture of a man on a laptop.

But we're discussing pre-history right now. What happened after the launch?

Mass cold calling, outbound marketing and advertising was vastly expensive and time consuming. Small companies had real trouble keeping up with the time and monetary expense to keep up.

So, companies had to adapt. They had to get consumers to market for them, not just purely to them. Woah, the HubSpot duo had just invented the basis of inbound marketing.

What is inbound marketing? Well, it's the concept that people don't want to be bothered by marketers or salespeople, and just want the answers to their pain points.

This led to Brian and Dharmesh entering their new solution to this issue into MIT's $50,000 business plan competition, and...got to the semi-finals.

But that wasn't the end. When they graduated later that year, the guys dedicated themselves to the business plan they'd formed. They even created a bog, showcasing their ideas, and later built an inbound community to help small businesses utilise inbound marketing. So, HubSpot began. 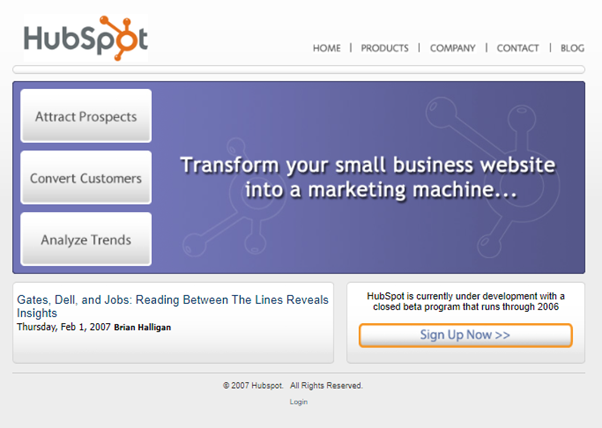 HubSpot also launched their Website Grader in 2007. This feature now gets 25k+ organic visits per month, and has 1.2M backlinks. It also means millions of dollars in revenue for customers each year. Oh, and it's free.

HubSpot was really one of the first to do this. And back in 2007, when they launched it, they launched this website called Website Grader where you could submit your URL as well as a few different competitors, so some websites that your brand competed with.

In 2008, Brian hired a sales representative, in order to branch out to seeking out and selling packages to third parties. One of these was Schwartz Communications, a Boston-based PR agency.

But now, on their two year anniversary, HubSpot hit the ground running. They grew past 600 customers, a massive customer base growth, and their Website Grader reached a total of over 400,000 unique URLs analysed. Plus, they reached a total of 50 employees in August.

On top of this, the company closed its series B funding, raising $12M with Matrix Partners and General Catalysts.

Up until this point, the company has also either won, or been a finalist, for eight awards, including the Webby and ad:tech awards. They were also presented with an Impact Award for its "Innovative Business Strategy".

This year, they started their organisation and sponsoring for the first annual Inbound.

In 2021, HubSpot grew to $15.6M. Then, later that year, the company acquired Oneforty, the Twitter app store founded by Laura Fitton.

They also introduced a new feature which allows businesses to personalise their website for each visitor. They also released a number of free tools as inbound marketing assets. 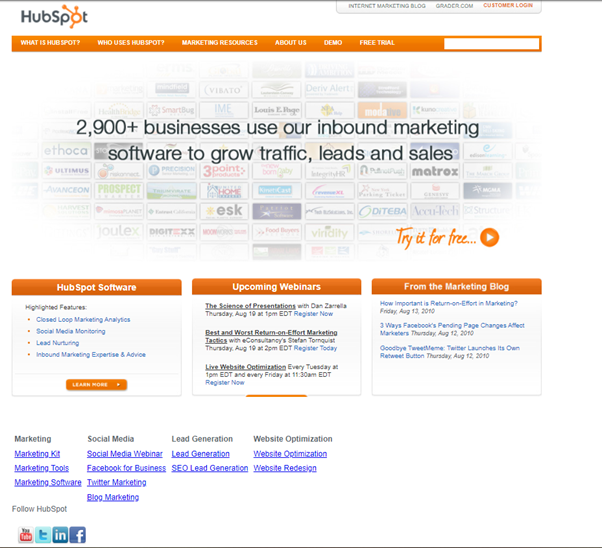 Plus, according to Forbes, HubSpot started their move from targeting small companies, turning their attention "steadily upmarket to serve larger businesses of up to 1000 employees".

But the achievements don't stop there. In an article, the Harvard Business Review said that the company's most effective inbound marketing feature was its free online tools.

Also, this year, Brian and Dharmesh wrote, and released the seminal book on Inbound Marketing.

This is the year when HubSpot ramped up their multinational momentum.

Brian won the Ernst & Young Entrepreneur of the year award. The company itself acquired an app store for Twitter known as Oneforty, and HubSpot gained over $65M in venture capital investment.

In this year, HubSpot reached over 5,000 subscribers, and continued their focus change.

The company also released a Twitter tracking feature in 2011.

In 2012, HubSpot started their famous annual marketing conference for HubSpot users and partners. They call it "INBOUND".

Just seven years later, in 2019, the event set a record of over 26,000 attendees from 110 countries. Since 2012, speakers such as Michelle Obama,Tiq Notaro, and Issa Rae have appeared at their events.

The reviews kept coming. The Boston Business Journal named HubSpot a "Best Place to Work in 2012".

Plus, a review in CRM search said HubSpot was the best "marketing solution" which combined many tools into one package.

The review said HubSpot's strengths lay in its call to action tool, its online ecosystem, and its ease of use.

2014 saw HubSpot filing for an initial public offering with the Securities and Exchange Commission on August 25th, requesting they be listed on the NY Stock Exchange under the ticker symbol HUBS. 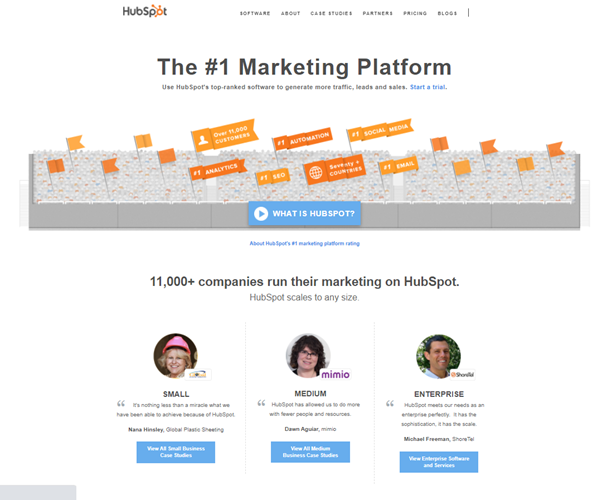 In July, HubSpot's CMO Mike Volpe was dismissed for violating the company's code of business conduct. It was found he tried to obtain a draft copy of "Disrupted: My Misadventure in the Start Up Bubble", written by former employee Daniel Lyons.

According to an article in The Boston Globe, HubSpot executives considered the book "a financial threat to HubSpot" and Volpe used "tactics such as email hacking and extortion to prevent its publication.

In 2015, HubSpot was named the best large company to work for, by The Boston Globe. 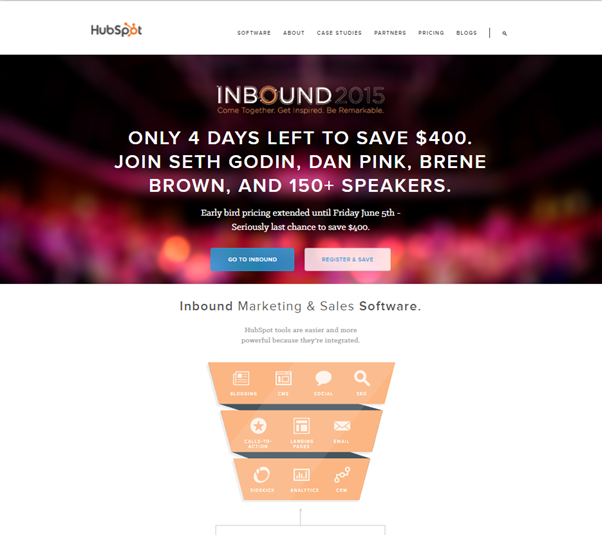 July 2017 saw HubSpot acquiring Kemvi, which applies artificial intelligence and machine learning to help sales teams, and saw the company introduce the technologies into their solution.

This year also saw HubSpot being named 7th by CNBC as one of the best places to work. 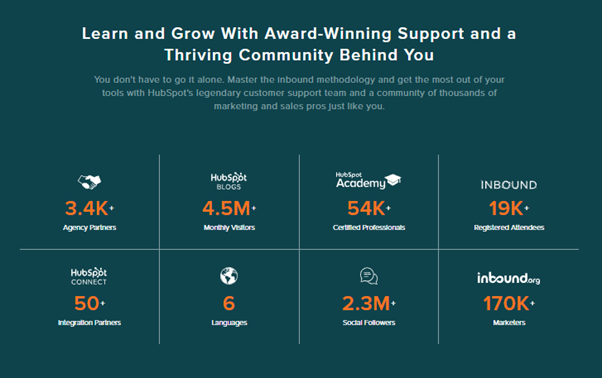 Today: revenue grows to $1B

In February, Axios reported that HubSpot would be acquiring The Hustle, a content and email newsletter company focused on small business owners and entrepreneurs.

Later in the year, in September, HubSpot announced Yamini Rangan as their new CEO, while Brian stepped out from the role, and became an Executive Chairman at the company. 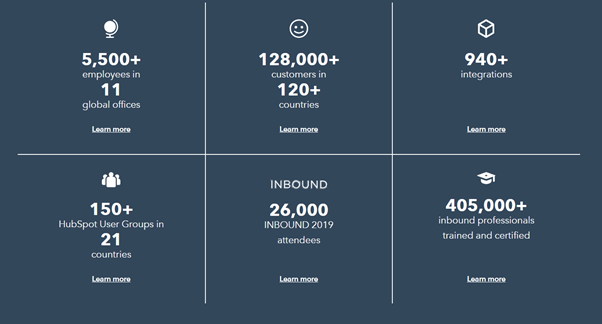 Amazon is reported to have an interest in the acquisition of Hubspot, with reports that one of the Amazon Web Services teams have recommended the move.

A report from Business Insider suggests a deal worth $38 - $40 billion to purchase Hubspot was pitched internally by the AWS Pinpoint team.

This team behind the AWS marketing service Pinpoint suggested the acquisition of a rival, namely Hubspot to 'truly go big on marketing cloud', as it believed its own solutions were too difficult to use.

CRM platform Hubspot currently serves more than 128,000 customers, with a presence in 120 countries worldwide. Earlier this year, it announced it had reached the milestone of $1 billion in annual recurring revenue.

Hubspot's share price rose by 2% in response to the news of this potential acquisition.