WTF Is the Metaverse, and What Does It Mean for Marketers?

It's 2057. You've just gone to see a robot version of Mumford and Sons perform a concert on the moon, beamed directly into your eyes through a virtual reality headset. They were terrible. Looks like technology doesn't fix everything.

Plus, if that's not enough to convince you, Scott Brinker himself has released a Metaverse Marketing Map. How's that for legitimate?

What is the metaverse?

Basically, the idea behind the metaverse is to create a space similar to the internet, but more tangible, so that users can interact with the world via digital avatars. Plus, unlike the modern internet, metaverse users experience environmental changes in real-time. If a user makes a change to the metaverse, this shift is visible to everyone.

In theory, you could sit around a virtual meeting table with colleagues from around the world, then break for lunch and head to a virtual art expedition, and then meet up for dinner with your friends when work ends.

And some big names are starting to see the potential behind it:

We will see a shift in the way people play, work, learn or simply hang out in 2021," says David Bazucki, CEO and Founder of Roblox.

"Some of this connection will move into the Metaverse, a digital place where people seamlessly get together and interact in millions of 3D virtual experiences. Early iterations of the Metaverse emerged in the 1980s with VPL Research’s DataSuit and Linden Lab’s Second Life in 2003.

However, it started to feel very real in 2020 as several platforms have been envisioning – and building – their own versions of the Metaverse.”

So, what makes it different to the internet? Well, current online platforms allow users to move about within the confines of the service, but limit interoperability between platforms. I mean, Twitter's aim is to get you to stay on Twitter, no matter what.

"You can build anything in “Minecraft,” but you can’t transfer your creations into a “Fortnite” map. The Metaverse will allow users to generate their own content and distribute it freely throughout a widely accessible digital world," reports Digiday's Alexander Lee.

This isn't about just putting your brand mark into a video game, it's about thinking creatively. Less noise, more value.

Thinking like this can lead to fashion icons like Louis Vuitton making skins for league of legends, or Gucci selling clothes in Roblox. We have even seen RTFKT Studios selling virtual trainers for millions of dollars. This is not surprising, following the success of other digital assets, such as NFTs. In fact, the global skin market is estimated to be $40B already.

Brands might even consider getting on board with next level virtual events. It's not just about Zoom, you know. 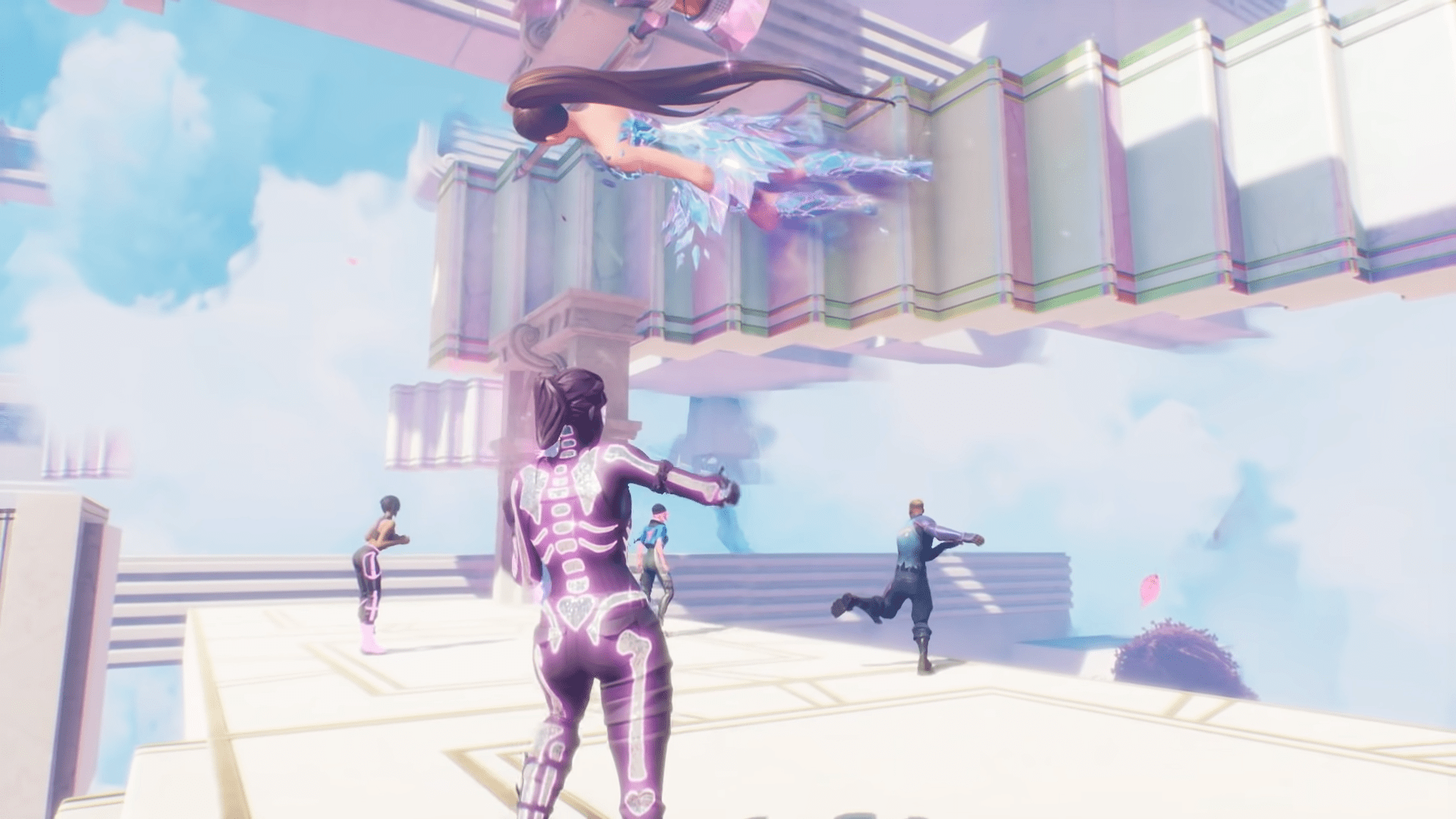 Dave Morgan, CEO of Simulmedia believes brands will play a significant role in the metaverse.

“I think there’s no question that we’ll see more commercial communication as part of the gaming experience,” he said.

“There’s so much growth, audiences are massive, and gamer’s wallets are limited to pay for all the games they want to play, plus there’s a willingness from advertisers.”

So, there seems to be three categories of marketing, that are likely to emerge in these environments, including:

Can you find our billboard on @decentraland? Also there are many mini geckos roaming around. Screenshot your favorite scene and share with us.

The game just launched and there's $100k worth of prizes! Fantastic review by @TheBlock__ and @mpmcsweeney 🔥https://t.co/OdTXtgooOE pic.twitter.com/UzPQ2rMJ2k


“If a brand gets it right, there is an audience that will actively participate in your execution,” says Level99's James Stedman.

“It’s the same with experiential – if you put on something that people enjoy and are entertained by, it’s going to be a success. And the gaming space allows for a lot more of those things, and there’s less to lose – you’re not going to have to go out to a specific place at a specific time.”

Fortnite isn't the first game to bear the marks of a metaverse.

Christian Perrins, head of strategy at Waste, argues that the lack of distinction between online and offline experiences, especially with younger people, is a huge opportunity for brands.

“If you zoom out and look at the gaming behaviours of younger gen Z players, there’s a clear sign that gaming environments are social spaces first and foremost. They aren’t channels that operate in a vacuum, they’re cultural touchpoints where young people meet, compete, collaborate and create.

“Time in games bleeds into social currency, real-life conversations and behaviours. It’s as embedded as TV was for gen X and boomers, except it’s participatory rather than passive and open-ended rather than scripted. As a result, game publishers are shifting at speed to build the most distinctive, most involving and most rewarding spaces that will drive years and years of lifetime belonging and value.”

Though there's a chance for brands to collaborate, and sit alongside gaming content, the real opportunity comes in accessing these social spaces.

In the last year, there's been a 50% increase in the number of mobile gamers, totalling 8.6M new players.

Plus a 2020 study found that the average age of a 'gamer' has gone up. Get rid of the idea of the teenage boy gamer stereotype, locked in his room with Tetris as his sole companion. So, while 38% of gamers still belong to the 18-34 age group, 6% are from the 65 years old and above demographic. 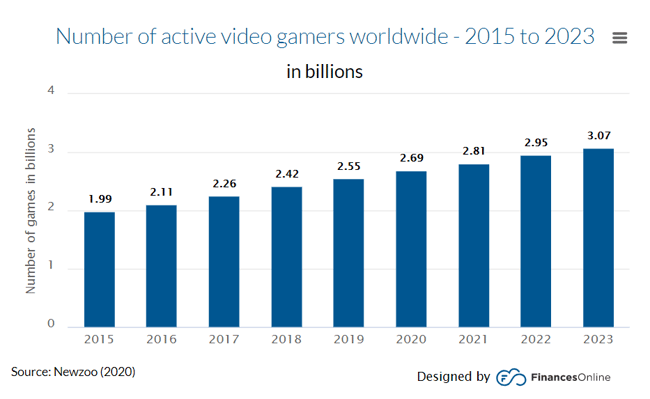 So, the sheer number of gamers has steadily increased, and so has the opportunity to market on these platforms. Plus, the widespread availability of tech means that AR games on mobile have a chance to create a social metaverse of their own, where savvy brands can insert themselves.

“Gaming as an ecosystem seems to be every marketer’s dream. Whatever is not possible in other channels can be tested in gaming. Every marketer can find something for themselves in the gaming world. From billboards to video, customized and interactive ads, brands have vast opportunities in the way they can communicate with gamers – and gamers are ready for it.”

Consumers interact with each other through the internet to share experiences, knowledge, ideas, and opinions. And to shoot each other in the face. But mostly the knowledge thing.

Word of Mouth, or WOM, communication has always been an important marketing tool. Remember, people are more likely to trust the opinion of another consumer, over the word of the brand.

Hoffman and Novak (1996) stated that the consumer is an active participant in an interactive exercise of multiple feedback loops and highly immediate communication.

Through internet-based tech, information can be transmitted worldwide, at a low cost. So, especially through these virtual environments, friendships can be made, and information is exchanged. So, these virtual spaces can play an important role for both new product development, and the promotion of products. Basically, virtual communities can be considered as word of mouth networks.

So, the metaverse will open up a bunch of opportunities for brands to reach a growing, and engaged, demographic. But it's not without its challenges.

Matt Cannon, of Venatus, warns that brands shouldn't be swept up by the Fortnite hype. While there's been some interesting events, and brand integrations, there needs to be advances in tech and higher, broader, player counts before the metaverse reaches its full potential.

“The metaverse conjures up images of Ready Player One [a recent movie set in a VR environment] with Magic Leap style augmented reality, but unfortunately we are a long way from these types of immersive experiences in games,” he said.

“The driver for the metaverse to blossom into a true environment for ads is adoption and reach,” Cannon continues.

“The game, tech or platform needs to hit a critical mass for there to be the epiphany that this “place” could be relevant and engaging for an advertiser.  All credit to Epic for beginning to forge this path, but let’s hope other games and platforms continue to innovate.”

Brands also have to realise who they're directing their advertising towards. Games were not made for obvious and blunt messaging, and combining this with the Gen-z base, brands will have to be cautious. Though some activations can work seamlessly, like with the Fortnite concerts, some clunky placements can feel intrusive and leave players disgruntled.

It's important to understand the game's demographic and community before jumping in, head first.

“Travis Scott worked because he was already popular. For most brands it’s important to not be over the top. Don’t talk about what you’re selling straight away, talk with the community about what they need. After you’ve done that, then you can talk about your messaging.”

Brands also have to think about brand safety in the Metaverse.

“Advertising will not be one-size fits all,” says Dave Morgan.

“So for advertisers wanting to use games as extensions of TV campaigns, those will be biased towards parts of the environment where there’s a bit more predictability. But I think there’s a recognition among advertisers that life is a little messy.”

What's next for the metaverse?

According the the LEAP group, brands should be asking themselves:

The metaverse will continue to grow, both in number and platforms and user-base. This will unleash a bunch of creativity, content, activities and experiences, including work-based activities.

And with new tech comes new opportunities, too. Even a set of industry standards will mean the difference between allowing someone to wear merch from your event in every place in the metaverse, and a brand being restricted to one platform.

All of this may lead to the metaverse being as integrated into our life as social media is now. So, brands have to make sure they are ready, willing, and able to navigate this new space, and new version of consumerism.